Ganked by an officer in real life! 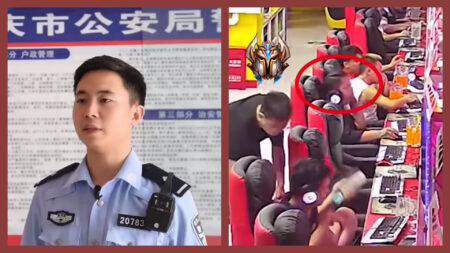 Chinese cop Zhang Yihao casually dropped by an internet cafe to relax and play some League of Legends.

Little did he know, the multiplayer online battle arena (MOBA) game will bring him closer to solving a police case.

Cop plays League of Legends during his day off, accidentally catches criminal in the same internet cafe

On August 8, Zhang Yihao and his colleagues visited an internet cafe to play League of Legends. Upon returning from a bathroom break, the speakerphones announced that Ionia Server’s Rank 1 player is present at the cafe. The Ionia server (Server 1) is the oldest LoL server in China.

Zhang Yihao got curious, and decided to check out the mysterious League of Legends player.

After looking at Ionia Server’s Rank 1 player in the flesh, he realized that the person shared the same facial features as the main suspect in one of their ongoing criminal cases.

The cop quickly cross-checked his facial features with their police department records, and confirmed that Ionia Server’s Rank 1 player was indeed the criminal they were hunting.

Zhang Yihao and his colleagues proceeded to arrest the criminal on the spot. Unfortunately, they had to go AFK on the Summoner’s Rift, which resulted in defeat.

However, thanks to the game, they managed to catch a wanted criminal and bring justice to the real world.