He’s the only one who has been successful on mid Pantheon. 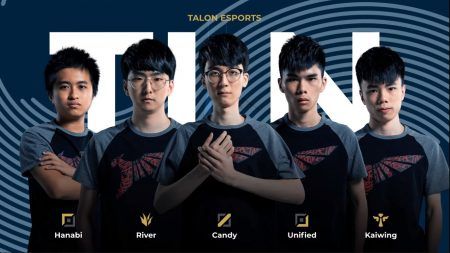 Talon Esports won the Mid-Season Showdown defeating Team Flash 3-1 in the final, and earning their second championship within the month.

The MSS saw the top two teams from PCS and VCS battle it out in a double round-robin group stage. Topping the rankings with a record of 5-1, Talon received a bye into final, only dropping one game to Machi Esports prior.

On the other hand, the Vietnam Championship Series Spring 2020 champions had never won a game against Talon, and were placed third with a 2-4 record.

Team Flash were competing with a new line up for MSS.

Previously from GAM Esports, Nguyễn “Palette” Hải Trung had just joined the team the week before and looked like he still needed time to adjust. They were also under new guidance, as former SKT top laner Kim “Profit” Jun-hyung started coaching the team, pending visa approvals.

Nonetheless, they surprised by edging out Machi 3-1 in the semifinal, giving fans a true PCS versus VCS finale.

The most unique thing about Talon is their ability to excel with Kim “Candy” Seung-ju’s mid Pantheon. Candy played him once in the regular season, three times in the PCS playoffs, and twice this series – and still holds a 100% win rate on this champion.

Talon opened game one by picking Pantheon for Candy. Following buffs on patch 10.10, Nidalee was chosen for Kim “River” Dong-woo. Reading Nguyễn Lê “YiJin” Hải Đăng’s jungle pathing, River made a statement by solo killing him in his own jungle for first blood.

Sniffing out Flash, who committed the entire team at Rift Herald, Talon responded immediately. Forcing Flash to scatter with Grand Starfall, they created a positional advantage for themselves and racked up two more kills.

Taking control of the game, Talon went on to secure Baron and the Infernal Soul to close out game one in under 30 minutes.

Banned 14 times and picked in 11 games in VCS Spring 2020 regular season, Flash brought out the Vietnamese special, AP Shyvanna jungle in game two – a champion that had no presence in the PCS.

Together with Renekton, Flash was ready to burst enemies down. On the red side, Talon got their hands on four comfort picks. Their draft however, required more time to scale, and Flash was well prepared to derail their plans.

To give Hanabi a safer laning phase, he went mid as Gangplank while Candy occupied top.

A surprising early rotation by Ryze, who walked all the way from top lane, completely caught Hanabit off guard. Utilizing their crowd control, Flash drew first blood at level four.

They kept the ball rolling, picking on Hanabi when he went back to top, and rotated bot for more kills and three dragons.

With three completed items, Flash sent Đặng “Kati” Thanh Phê to split push the top lane. Even though some members of Flash got caught out of position in mid, no one could match Kati in the side lane, who ended up solo killing Gangplank and down two structures without contest.

Despite Talon’s valiant defense, Flash secured two Barons, Ocean Soul and Elder Dragon to even out the series.

Learning from the last game, Talon put together a more balanced draft in game three. Once again, they rested on the shoulders Candy’s Pantheon, and picked Rek’sai for River to create early game pressure.

Flash too, stuck to their guns, and ran with a full early to mid game team composition with AP Nautilus mid leading the charge.

Talon continued doing what they did best in game one – catching Flash out of position in the river. River and Candy burst downed Nautilus before back up could arrive. A well-timed teleport from Hanabi with Slicing Maelstrom gave his team two additional kills.

It was a methodical grind for Talon from that point forward. Even though Flash aced them at 23 minutes, the still could not secure any key objectives. Despite the narrower kill score, Talon found the team fights they needed to secure Infernal Soul and Baron buff for the win.

Trailing in this series, Flash subbed out their jungler for Khanh “EGO” Hoa Nguyen and mid laner for Võ “Naul” Thành Luân. Previously from Dashing Buffalo, he is also a newcomer to the team going into Summer Split.

Flash ended up drafting a team composition typical of this meta with a front to back team fighting style. For Talon, the idea was still to get River going with an early game jungler, while they switched things up in the mid lane with Azir, and Yuumi for support.

Things did not look good for Talon in the early game. An early invade at blue allowed Flash to steal the buff and also take down Elise for first blood.

Keeping up the momentum, Lee Sin and his duo tower dived bot for a double kill onto Ezreal and Yuumi, and secured the first infernal dragon.

Post-laning phase was when Talon started to tip the scales. Tied in kills and gold at 16 minutes, they picked a fight that was reminiscent of game one. While Flash may have secured the Rift Herald, careful positioning and sequential use of ultimates won Talon the 5v5 fight.

As both teams continued to trade blows and scale up, it was Talon who came up on top since they had three dragons under their belt.

After pushing in mid lane, they quickly downed Baron. Flash challenged them, but with Unified left untouched, he used Arcane Shift to reposition and wither down enemies for a triple kill on Ezreal.

Similar to previous games, Talon needed Soul, a second Baron and Elder Dragon to end the game. When Flash sent the whole team to converge at Elder Dragon, Unified teleported into base for a backdoor victory.

What a way to end the series for the championship win!

For his impressive performance, rotating with Pantheon to help his team elsewhere on the map, and controlling team fights on Azir, Candy was awarded MVP of the series.