Has IG gotten back their 2018 World Championship form? 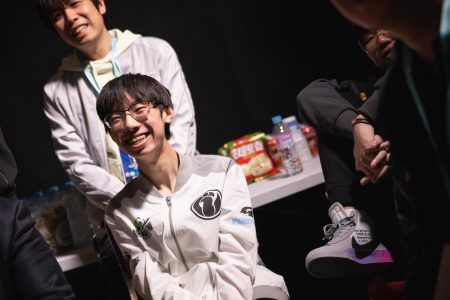 Invictus Gaming were on a four-match win streak before entering Week 8, arguably their toughest this Summer, as they had to face dark horses Victory Five, and the long standing number one team in the 2020 LPL Summer Split, Top Esports.

By the end of Spring, it was clear that Invictus Gaming were not of the same calibre as Top Esports, JD Gaming and FunPlus Phoenix. Even though they finished first in the regular season, they fell to Top Esports in the LPL Spring semifinal, FunPlus Phoenix in the 3rd/4th place match, and could not find a single win at the Mid-Season Cup.

Since the start of Summer, they’ve bounced back, and are even stronger than they were in Spring.

A key reason for this is the addition of former coach, Siu “Chris” Keung. Together with the rest of the coaching staff, they’ve made recognizable changes to drafts, expanded Kang “TheShy” Seung-lok’s champion pool, and utilized all three of IG’s supports — Su “Southwind” Zhi-Lin, Peng “Reheal” Jun-Jie, and Wang “Baolan” Liu-Yi.

Despite winning the 2018 World Championship and being a trusty partner to IG’s former bot laner, Yu “JackeyLove” Wen-Bo, Baolan did not play a single game in Spring. Southwind and Ding “Puff” Wang after all, were brought over from Vici Gaming as a packaged bot lane pair.

The first surprise in Summer came during their match against Dominus Esports in Week 5. In the three-game series, IG fielded a different support player every game.

Against Bilibili Gaming, Reheal started for all three games. In the following match against eStar, Baolan took the main stage, and has since solidified his place as IG’s starter support.

Holding a 70.5% kill participation rate, he tops the charts when it comes to assisting the team, exceeding Southwind’s 66.2%. His numbers are a result of shrewd engages, solid team fighting, and strategic early roams with jungler Gao “Ning” Zhen-Ning pre-level six.

On Nautilus, Thresh and Braum, Baolan helped Puff to shine in their match against rookie team Victory Five, who held the number two spot on the standings in the earlier weeks of Summer.

Together with the rest of IG, they snapped Victory Five’s three-game win streak, and handed them their second loss of the season. This was just after V5 were coming off a phenomenal win against TES.

Yet to reach what fans call their “final form”, IG surprisingly went on to sweep Top Esports 2-0 in the same week, likewise handing them their second loss of the season.

Laning against his former partner, JackeyLove, Baolan on Nautilus was patient and precise with his Dredge Line engages.

In team fights, he sought out the right targets and positioned well, weaving in and out whenever his cooldowns were up, and kept a keen eye on his AD carry.

After a convincing first win against a shaky team composition by Top Esports, game two shaped up to be a real challenge for both teams who had solid drafts.

Despite losing Baron to TES, losing two base turrets, and being down an inhibitor, Baolan was clutch when he grabbed the one opening he saw: JackeyLove’s Ezreal suspended in mid-animation while channeling Trueshot Barrage.

How far can Invicuts Gaming go with Baolan back in action?