Guess you could say Piltover got Jinxed. 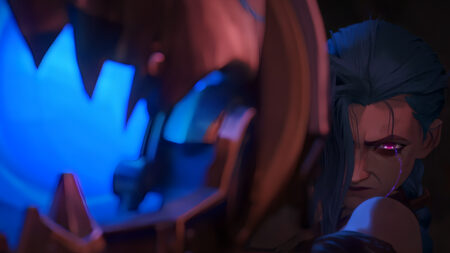 The series had a total of three acts and nine episodes, each packed with 40 minutes of action, drama, and of course, League of Legends lore.

The Arcane ending in Season 1 Episode 9, in particular, closed the door on Silco, the foster father of Jinx, and the main antagonist of Arcane. However, the last episode also opened up a lot of possibilities to set up the plot of Arcane Season 2.

Is Mel Medarda dead? Is Vander really Warwick? What will happen to the Firelights? Here is the Arcane ending for Season 1, explained.

Arcane ending Season 1 summary and breakdown — what happened in Episode 9?

The much-awaited Arcane ending in Season 1 Episode 9 focuses on the brewing tension between Piltover’s topside and bottom.

Silco and Jayce meet up to form a pact that would ultimately and officially separate the underground from Piltover. However, Jayce wants Silco to surrender Jinx to make her pay for her crimes.

Jinx finds out about the agreement and kidnaps Silco, Vi, and Caitlyn. After confronting her sister about the miseries of the past, and her foster father about the future, Jinx takes out her flare gun and attempts to kill Caitlyn.

Caitlyn manages to free herself from binding, but shortly gets knocked cold by Jinx.

Jinx gets ahold of her Pow-Pow weapon, but becomes conflicted on whether she should end Caitlyn’s life. In the heat of the moment, together with all the voices inside her head, she unintentionally kills Silco.

With his dying breath, Silco reveals that he never planned on giving up Jinx, even if it guaranteed the fulfillment of everything that he has been fighting for all his life.

She makes up her mind and leaves Powder behind to live as Jinx. Fulfilling her dead father’s plan, Jinx launches a Hextech-powered rocket towards the Piltover tower where the council was meeting.

The final minutes of the series sets up for what could potentially happen in Arcane Season 2.

Silco’s loyal underling, Sevika, was revealed to be still alive, but gravely injured after fighting Vi. Will she be taking over Zaun to continue what Silco started?

We have yet to see more of the Ekko-Heimerdinger tandem in Arcane Season 2. One of the scenes in the Arcane ending showed the two locked in a deep conversation. The camera slowly zooms out and focuses on Ekko’s broken stopwatch.

There’s a possibility that Heimerdinger helps Ekko build his Z-Drive, a Hextech-empowered weapon that he uses in the League of Legends game.

Another character that will surely make a comeback in Arcane Season 2 is Singed. An animal-like character can be seen hanging from his laboratory, complete with furry arms and sharp claws. Could this be Warwick, who was earlier theorized to be Vander’s mutated monster form?

After the establishment of Runeterran cities Piltover and Zaun, Arcane Season 2 might start also feature more of other regions, such as Noxus. What role will Ambessa Medarda play in the next season?

The last scene in Season 1’s Arcane ending focused on councilor Mel Medarda, revealing a set of gold platings on her back. The visual and auditory cues point out that this golden accessory will be an important piece on what happens next.

Can Mel shield the Piltover council with this gold plating? Will she be able to save everyone?

Fans will have to find out the answer to all these burning Arcane ending questions in the next season.