All the best plays from the Worlds 2019 finals

This evening in Paris was tres magnifique. 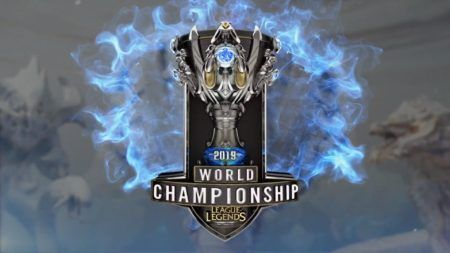 FunPlus Phoenix may have won the Summoner’s Cup, defeating G2 Esports 3-0 in dominant fashion in the grand finals, but there were still plenty of amazing plays from both sides.

In an unfortunate teleport, Caps arrived at the battle, surrounded by FPX under their bot tower. With Wunder just around the corner, he was able to cast Realm Warp for a possible escape. With FPX right behind his tail, Caps flashed into the Warp and denied FPX the chance of another kill.

In this clip, after a solid push by Caps and Wunder down mid-lane, four FPX members went on a chase. But instead of a quick retreat to G2’s side of the map, Caps hid in a bush for another killing opportunity. With Doinb under half-life, Caps waited for the perfect moment to execute the FPX player with his Death From Below ultimate.

Early on in the game, with a quickfire Chain of Corruption, Perkz managed to pin Tian in their bottom jungle. Arriving for an assist on damage, Caps came in and delivered a few hits on Lee Sin, but what ended the life of FPX’s jungler was a fully stacked Piercing Arrow.

In this clip, Perkz set up another amazing Chain of Corruption, letting him and Caps double-team Crisp in the mid-lane bush. With nowhere left to go, Crisp executed his ult to slow the duo down, but Perkz followed up with a Hail of Arrows and a Piercing Arrow to claim the kill.

With Perkz pushing the top tower with the Rift Herald, Wunder was left alone in bot-lane defense. With a quick rotation into bot, four FPX members cornered the hopeless support under his own tower. With Crisp tanking the turret’s hits, Doinb, Tian, and GimGoon crowded around Wunder and unleashed their skills for the takedown.

In an incredible chase in the top lane, Doinb tried to finish off Mikyx with a burst of skills but was thrown in the air by Perkz’s whirlwind. In the nick of time, Lwx threw out Kai’Sa’s long-range Void Seeker and perfectly sniped the retreating Mikyx.

With a vulnerable Doinb right outside the Baron pit, Caps and Perkz rushed for a skirmish that would immediately turn sour for G2. With Lwx and Tian pinching the lane and Crisp arriving through a Hero’s Entrance, FPX easily secured two kills with no collateral damage.

G2 and FPX had a great exchange in game three. With G2 trying to siege the middle tower, Tian flew into G2 and sent Wunder straight into the tower with Dragon’s Rage, having Lwx finish the low-health Ryze. With nowhere left to run, Tian fell victim to Perkz’s finishing Mystic Shot.