After eight years, Faker returns to one of his signature champions 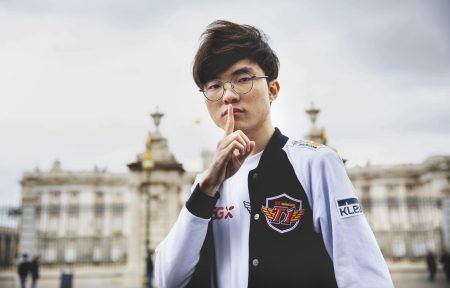 The League of Legends Season 3 World Championship was one of Lee “Faker” Sang-hyeok’s many firsts.

Fans and shoutcasters assumed that Corki was going bot, and Riven was going top — until SKT last picked Singed, which confused the casters for a moment.

“This is a counter pick that no one saw coming. Faker, knowing he’s up against Zed… and Riven is going to stomp on that matchup,” said David “Phreak” Turley.

After defeating Lemondogs in under 30 minutes and making League of Legends history, Faker played Riven into Zed a second time against TeamSolo Mid in groups, and a third into Cassiopeia two years later in the 2015 LCK Grand Final Playoffs against KT Rolster.

Since anything that Faker does on the high Challenger Korean solo queue ladder is highly valued by the global League of Legends community, fans were excited once again to know that Faker returned to Riven for the first time in the 2021 ranked season — against one of the best Zed one-trick ponies in the world, ZED99.

Despite not playing Riven in professional play for the last six years, nor in solo queue since 2019, Faker looked extremely smooth on this champion.

At the start of the laning phase, he made sure to avoid moving into Zed’s auto attack range. Controlling the minion wave, Faker intelligently went in for an all-in trade at level one, and in the middle of the tussle, hit level two first, achieved a fully stacked Conqueror, stunned Zed with Ki Burst (W), then flashed in to finish him off within tower range for First Blood — all done without Ignite.

Showing off perfect animation cancelling and intricate weaving of auto attacks in between combos, Faker’s Riven carried the game with a 14/8/11 KDA, 74% Kill Participation (which was even higher than the support), and dealt almost the same damage as the AD carry at 29,525.

Anyone else want to try picking Zed against Faker?