Can Team Liquid redeem themselves with a fifth LCS championship? 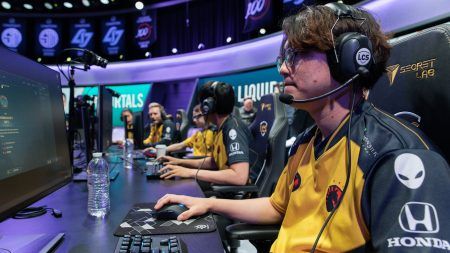 With four consecutive LCS titles heading into the year, expectations were understandably high for Team Liquid at the start of the LCS 2020 Spring Split.

However, a poor start, the mid-season illness and clear lack of motivation from superstar player Yiliang “Doublelift” Peng, and a complete lack of synergy between Doublelift and new jungler, Mads “Broxah” Brock-Pedersen, saw the team fail to make the playoffs with a disappointing 7-11 record, leaving them second from last in the standings.

However, with Doublelift traded to Team SoloMid and a new head coach in Josh “Jatt” Leesman, a new-look Team Liquid is eager to retake their throne and prove that Spring was just a fluke.

1. Jatt needs to lead the charge

Jatt is probably the best hiring choice Team Liquid could have made during the mid-season break. It may be his first time taking a role as head coach, but the former-LCS caster is known for his incredible knowledge and analysis of the game.

In his announcement video, the new head coach already stated that he doesn’t want to dictate Liquid’s playing style or force a certain meta. Rather, he wants to align the goals of everyone in Liquid, from players to all the coaching staff. With a new mindset of unified goalsetting, the team will likely have fewer issues and complaints when it comes to the season grind.

2. Teamwork and communication needs to improve

One thing that Doublelift critiqued about his last days on Team Liquid was the lack of communication in and out of the Rift. With team members and coaches not communicating directly to each other, it quickly became a liability to the team’s chemistry.

With a young ADC who will listen and learn from veteran players and a new head coach who’s willing to give them a voice, Team Liquid can look past the Spring Split and look forward to setting their own records this summer.

3. Tactical doesn’t need to be Doublelift, but he does need to step up

Despite Doublelift’s lackluster Spring Split performance, the all-star ADC was always a team leader in damage and kills. With DL gone, Edward “Tactical” Ra is now in the spotlight as the team’s starting ADC.

We’ve seen him in action a few times during DL’s benching, but his playstyle is slower-paced compared to DL’s quickfire strategies. From the looks of it, the 19-year-old player will have to take the backseat in offensive authority, acting as a backline initiator rather than a finisher.

From his most recent games, Tactical won consistently with Miss Fortune and Kalista, but he lacked an overall scoring presence. He and TL support Jo “CoreJJ” Yong-in could possibly work as a defensive bot synergy that focuses on keeping pressure in the bot lane and securing the drakes.

4. Broxah needs to make this his team

With Doublelift gone, Broxah needs to take over as Liquid’s leader. While his debut split in the NA region didn’t turn out as well as he expected, the EU jungler is more than capable of being TL’s spearhead in offensive efforts.

With Tactical still settling into his promoted ADC position, TL needs to rely on Broxah for proper communication and set-ups. With his jungle style being more on the safe side, Broxah’s main goal is to feed kills to the top and mid lanes. Though this will slow down his jungling efforts and map coverage, it’ll allow both Nicolaj “Jensen” Jensen and Jung “Impact” Eon-yeong to hit their power spikes earlier. In regards to map objectives, Broxah can count on the botlane to keep watch of the drake.

With most of the gold income entering those roles, Jensen and Impact will be the main damage dealers while Broxah and CoreJJ will provide the imitating frontline for critical clashes.

While the LCS has some heavy hitters like Evil Geniuses and Cloud9, it also has teams that Liquid’s roster should easily outgun.

When it comes down to it, TL just needs a consistent winning strategy to endure the season. The entire roster is stacked with championship-level players, so there’s no excuse for losing to a lesser team. As long as Broxah takes command and Tactical can find his groove in the bot lane, TL should have no problems reaching the postseason.

Team Liquid will start their Summer Split with a match against Doublelift and his new team, TSM, on June 14. You can watch the action live on the official LCS Twitch channel.