2020 LCS Summer Playoffs: Everything you need to know

Can Cloud9 defend their title? 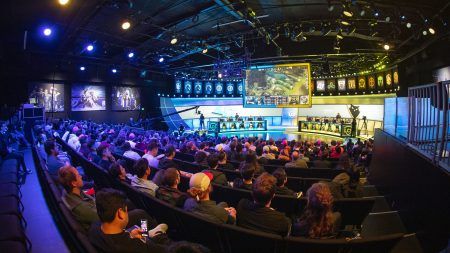 With the League of Legends Championship Series finishing its ninth and final week of the Summer Split, the league has locked in its teams for the Summer Playoffs.

The playoffs will take the top eight teams of the regular season and form a double-elimination bracket, with teams competing through best-of-five matches in contrast to the split’s best-of-one format.

Among the eight teams that qualified, we’re currently eyeing Team Liquid, Cloud9, or TSM as the favorites to run the bracket.

Team Liquid enters the playoffs as the season leader with a winning mindset.

Bouncing back from a dismal ninth-place Spring finish, the team immediately turned things around in Summer with a new coach in Joshua “Jatt” Leesman and a surprise ADC star in Edward “Tactical” Ra.

Though fans and viewers may see them as underdogs, Mads “Broxah” Brock-Pedersen and his squad continue to show that they’re capable of bringing home the gold once again for Team Liquid.

Despite being the Spring champions, Cloud9 had a rocky finish in the Summer Split.

The team experimented in crucial matches against the league’s best teams and it spoiled their chances for a top seed into the playoffs. Whether or not their unorthodox compositions were worth the losses, we hope to see Yasin “Nisqy” Dincer and his squad pull through with a possible back-to-back championship and a presentable Worlds appearance.

Even with the return of Yiliang “Doublelift” Peng and the reunion of TSM’s glory-days line-up, TSM had some bumps on the road towards their 4th seed placement.

The team has definitive players like Doublelift and Soren “Bjergsen” Bjerg leading the charge, but it also suffered from inconsistencies with rookie jungler Mingyi “Spica” Lu and support Vincent “Biofrost” Wang who was later subbed out for Erik “Treatz” Wessen.

If we’re able to see TSM’s reformed line-up stand strong with an unbeatable chemistry, Doublelift and his crew could possibly hand out some upsets in the playoff bracket.

The top two teams, Team Liquid and Cloud9, will take a bye to the winner’s round 2, facing the victors of the first round. The losers of the first round will still have a second chance in the Loser’s Bracket, facing either 100 Thieves (7th seed) or Dignitas (8th seed).

The rounds will happen on the following days (all matches start at 4 a.m. GMT+8):

On top of the title of LCS Summer Champions, the teams will fight for a qualifying spot in Worlds 2020, League of Legends‘ most prestigious cross-region tournament.

The top two teams of the LCS Playoffs will automatically get a placement into the group stage while the third-place team will be seeded into the play-in stage.

The first match of the 2020 LCS Summer Playoffs will be between TSM and Golden Guardians on August 14.