2020 LCK Summer Playoffs: Everything you need to know

Who will reign in the LCK? 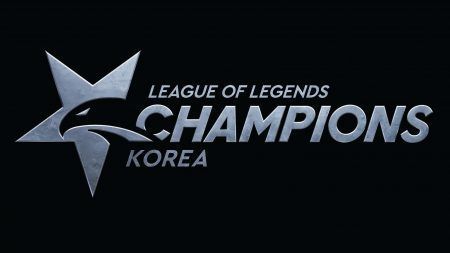 The LCK is now heading into the post-season after ten weeks of competitive play amongst Korea’s finest teams. Let’s take a look at who’s qualified for the league’s playoffs.

Among the five qualified teams, we’re looking to DAMWON Gaming, DRX, or Gen.G to dominate the single-elimination bracket.

DAMWON Gaming is a dark horse that slowly took over the league up until their last game. Though the team might have stayed back in the top 5 throughout the season, DWG has perfected their formula for an unorthodox, yet effective team composition.

While Jang “Nuguri” Ha-gwon and Heo “ShowMaker” Su dominate the top and mid lanes respectively, you have super-support Cho “Beryl” Geon-hee, acting as a catalyst for incredible outplays.

Regardless of their shortcomings in previous playoff appearances, DAMWON Gaming has the best chances to dominate their one and only series and finally cement their status as bonafide champions.

Despite losing their first-place standing in their last match against T1, the young DRX crew have proven themselves as a dominating force on the Rift, only falling to DAMWON Gaming, KT Rolster, and T1.

While Jeong “Chovy” Ji-hoon may be considered one of the best players in the mid-lane, the team also has a defiant bot-lane duo in Ryu “Keria” Min-seok and Kim “Deft” Hyuk-kyu. Keria currently ranks first in assists (405) by a wide margin (T1’s Effort: 323) while Deft still places in the top 5 of the best DPM ratios (565).

Seeing as how DWG is the final opponent in the playoffs, we hope to see DRX bring something new to catch ShowMaker and his crew by surprise.

Gen.G found their stride as an all-around force in the summer season.

Though the team usually worked around Kim “Clid” Tae-min and Gwak “Bdd” Bo-seong as the playmakers, bot-laner Park “Ruler” Jae-hyun has stepped up as one of the team’s deadliest factors. The hotshot ADC finished the season in first for both kills (209) and DPM (641).

If we’re able to see Ruler rule the botlane and the rest dominate the laning phase, Gen.G may be one step closer to winning their first-ever LCK playoffs and claiming a ticket to Worlds 2020.

The top five teams will participate in a King of the Hill single-elimination bracket. While the first round (4th seed vs. 5th seed) is best-of-three, the rest of the bracket will be best-of-five.

The rounds will happen on the following days (all matches start at 4 PM):

Aside from being crowned the LCK Summer Champions, the winner of the LCK Playoffs will automatically qualify as the first LCK seed in Worlds 2020, League of Legends’ most prestigious cross-region tournament.

The team who has the most championship points throughout the 2020 season without an automatic qualification will enter Worlds 2020 as the second seed.

The third and final seed of LCK will be determined through the Regional Finals, in which the top four teams in terms of championship points will fight in a similar bracket as finals.

The next match of the 2020 LCK Summer Playoffs will be between Gen.G and Afreeca Freecs on August 28.