Hearthstone’s Rise of Shadows is all about the baddies

It’s really good to be bad (but not at the game, mind you). 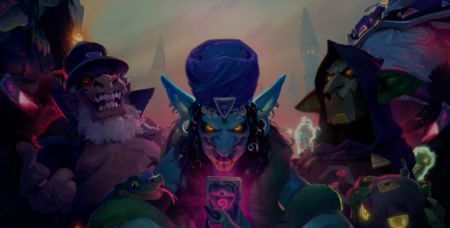 Blizzard’s Hearthstone has something new and it’s all about being bad, E.V.I.L., sneaky and generally awesome.

The latest Rise of Shadows expansion brings 135 new cards to the game, while also removing cards from earlier expansions, such as Journey to Un’Goro, Knights of the Frozen Throne, and Kobolds and Catacombs from Standard Mode.

A new expansion also means new mechanics, and there will be lackeys, 1 cost battlecry minions that spawn in your hand when you play cards that generate them, as well as the ability to scheme — cards that grow stronger the longer they are in your hand.

There are also now cool callbacks, which lets certain cards bring back ideas from earlier expansions — such as replacing your entire hand with legendary cards. The good guys in the expansion get Twinspell, which lets you use a card twice.

While there’s also a single-player PVE mode planned, that’s only going to be released a month from now, which means you have to wait to find out what dastardly plots the League of E.V.I.L. is planning.