World of Warcraft Classic is live, but server queues are already hours long

Re-create the authentic Blackrock server experience by queueing for hours just to log in. 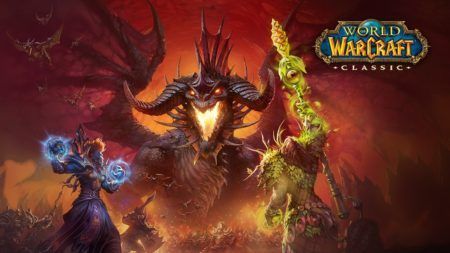 Blizzard’s highly anticipated World of Warcraft Classic launched today, allowing players to relive Azeroth just like it was back in 2006.

However, it looks like Blizzard may have underestimated the number of nostalgia-seeking gamers, as queues for the 18 launch servers are already several hours long.

Blizzard has launched four new servers to help with queue times, but many gamers are still reporting long queue times.

We tried to log into Skeram and encountered an 11-hour queue, with 14,233 people ahead of us:

On Twitch, when the servers went live at 6 a.m. GMT+8 today, over one million viewers were watching the multitude of streams for the game.

All gameplay mechanics are faithful to the original patch, which includes a level 60 level cap, no Shamans on the Alliance, no Paladins on the Horde, no Death Knights, Monks, or Demon Hunters, disconnected flight paths, no flying mounts, and no ground mounts until level 40.