Wizards of the Coast reveals 2020-21 Magic: The Gathering esports roadmap

These updates totally re-invent the competitive format for Magic the Gathering Arena. 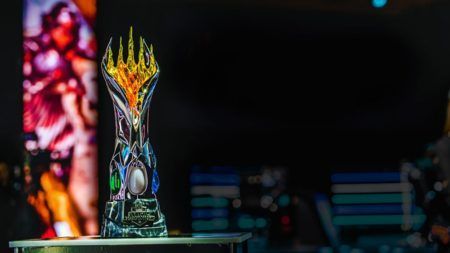 2019 was just the start for Magic: The Gathering’s big push into professional esports as Wizards of the Coast (WotC) revealed that it has more in store for the recently reintroduced Magic Pro League (MPL).

For this year, improvements to Magic: The Gathering Arena include doubling the prize money and enhancing the livestream programming. For the upcoming 2020-21 Season though, WotC believes more can be done.

Among the multiple major announcements is the updated “path-to-pro” format for Magic Esports. This new system will open the doors to new players who want to join MPL. All they need to do is get into the newly introduced Rivals League.

This new platform is a talent development league that acts as the pathway for competitive new-comers to join the MPL. There are two modes of growths — sustained successive wins throughout the season or participating in the MPL Gauntlet, a relegation tournament, said WoTC.

The Rivals League will feature 46 players competing for a coveted spot on the MPL. Throughout the pro league season, Rivals will receive invites to events — including Players Tours and Rivals Mythic Qualifiers. Qualified players will be able to compete for one of the four spots in the MPL. 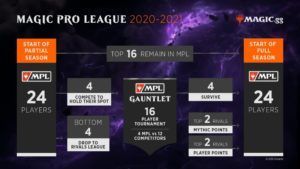 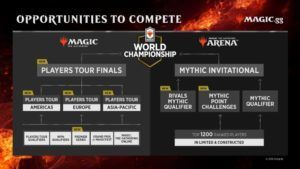 Once the MPL Gauntlet ends, the MPL will feature the Top 16 MPL players from the previous season, the Top 4 from MPL Gauntlet, and the Top 2 rivals from both Players and Mythic Points leaderboards. All MPL players will be invited to the current season’s Mythic Invitationals and Players Tours.

READ MORE: Magic the Gathering’s new War of the Spark expansion to make some big changes