Warcraft III: Reforged has 10,000 negative reviews, but people are still playing it

Is Warcraft III: Reforged really as bad as people say? We find out. Warcraft III: Reforged did not meet fan expectations when it launched last week.

In fact, at the time of writing it currently holds the record for the lowest-rated game on Metacritic, with a 0.5 rating, and nearly 10,000 negative user reviews.

But is it really that bad? We spent our whole weekend playing the game, and this is what we found out.

Like many other users, we’ve had frequent login issues connecting to the game’s online features. Unsurprisingly, the game’s general chat is filled with players expressing their problems about the game.

For players who do decide to grind out matches on Versus mode, there are instances when the game will have the “match found” prompt up, yet fails to send you into the game lobby.

Players then have to relaunch the game to resolve the issue. The same bug has happened to us Warcraft III: Reforge’s launch day.

And, the lack of a ranked ladder feature discourages players from playing the competitive mode.

We’ve encountered problems where players, including ourselves, have been dropped from a custom game that exceeded 40 minutes.

The problems for Blizzard continued as reports of players having issues with their original Warcraft 3 surfaced.

For those who already own the original Warcraft III from 2002-2003 installed on their Battle.net, Reforged automatically overwrites it and causes it to crash.

No, the game isn’t the worst game of all time, as its 0.5 score would suggest.

But it clearly wasn’t ready to be released. Blizzard has a reputation for delaying games and only releasing them when they’re fully polished, but Warcraft III: Reforged is not one of those games.

There are so many bugs and issues with the game that are preventing people from enjoying it, resulting in its terrible scores. 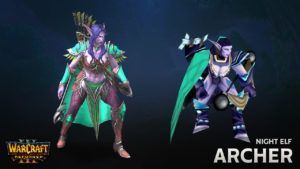 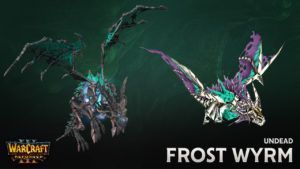 Critic review for the game have actually been fairly positive, and it currently has a 64 metacritic score, based on 8 reviews. Not great, but not the worst game of all time.

If Blizzard can quickly fix the most serious bugs plaguing the game, it can still salvage things, but it remains to be seen how long it will take them.