Are you ready to take the crown? 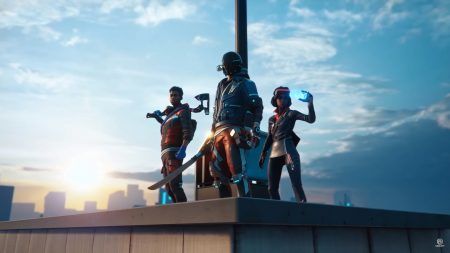 Amidst the various reiterations of the battle royale genre, Ubisoft bravely enters the scene with a new and interesting prospect called “Hyper Scape.” The game, heavily banking on a cyberpunk aesthetic, drops 100 players in a virtual city called Neo Arcadia.

Now in a closed beta Technical Test phase, Hyper Scape looks like an action-packed shooter filled with a myriad of assault rifles and token weaponry. Although that sounds like the usual battle royale set-up, Hyper Scape adds some entertaining twists to the genre to make it stand out compared to current FPS battle royale staples like Apex Legends and Call of Duty: Warzone.

One of the innovations that the game presents is its extensive selection of hacks that grant offensive, defensive, and movement upgrades along with the standard two-gun arsenal. These include boosts like a protective barrier that helps you tank some damage, or a jump boost that launches you amongst towering skyscrapers.

Players can carry up to two hacks at a time and can fuse two of the same kind to create more powerful hack. 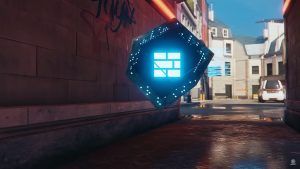 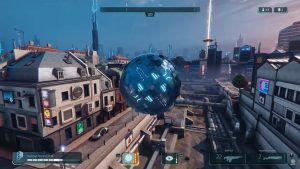 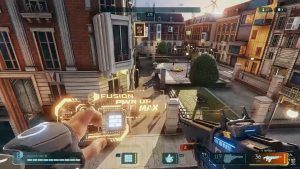 The gun-play looks pretty streamlined with you being able to upgrade on the spot if you pick up the same weapon in your holster. The upgrades can go up to several levels and currently include improvements in magazine size, damage, and cooldown duration. All of these also work with hacks so you can always rely on finding an upgrade to best your opponents. As for squads, Hyper Scape gives eliminated players a second chance at life by turning them into Echoes, smoke-like beings that have the ability to scout out and find opponents on the map. Once your teammates secure a kill, a restore point will appear in the same spot which will allow your teammates to bring you back in the game.

Hyper Scape’s biggest twist to the battle royale is the Crown Rush Mode. In addition to the typical last-man-standing objective, Hyper Scape introduces a showdown phase where a crown spawns in the final sector for your taking. If you can manage to hold the crown for 45 seconds, you automatically win the game. Though it may sound gimmicky, it presents a new way to play rather than turtling up and stalling the game.

For more information about Ubisoft’s newest battle royale, you can check out the official Hyper Scape website.