The Witcher 3 will soon be on the Nintendo Switch

The Switcher is coming. 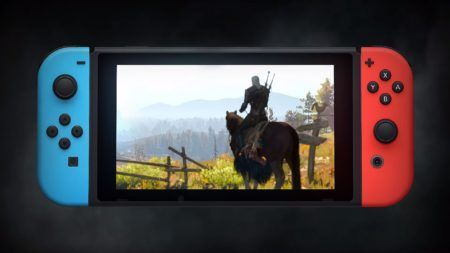 You’ll soon be able to play The Witcher 3 on the go.

The port of the acclaimed fantasy action-RPG will come complete with both expansion packs, Blood and Wine, and Hearts of Stone, as well as all the DLCs released for the game, said Witcher 3 developer CD Projekt Red.

Do note though, that there will be a significant downgrade in graphics, which you can see from the trailer below. Some compromises had to be made to get The Witcher 3 running on Nintendo’s console, and it shows.

Originally released in 2015, the Witcher 3 racked up around 250 Game of The Year awards. With JRPGs being predominant in the console’s game library, the presence of a beloved western RPG will offer the Switch community a breath of fresh air.

While there is no official release date yet, the Witcher 3 Complete Edition will be slashing its way to the Switch later this year.

READ MORE: The Breath of the Wild sequel might be darker than Majora’s Mask