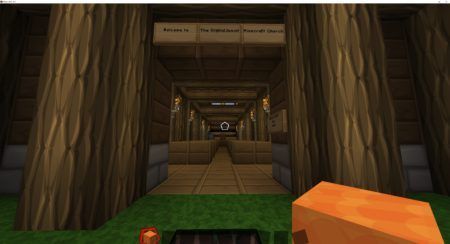 Father Robert Ballecer, a Catholic priest and former tech blogger has set up an official Minecraft server for the Vatican.

Ballecer’s intent behind the server is to create a place for “gamers who want a little less ‘toxic’ and a bit more community.”

Unsurprisingly, within 24 hours of the server launching it was immediately DDoS’d.

However, the tech-savvy Ballacer clearly anticipated the attacks, and revealed that the server was just a test server setup to catch potentially troublesome User IDs and IPs.

When the server goes live, you’ll be able to visit it by pointing your client to minecraft.digitaljesuit.com.