Taslim will get to stay extremely cool in his newest action role. 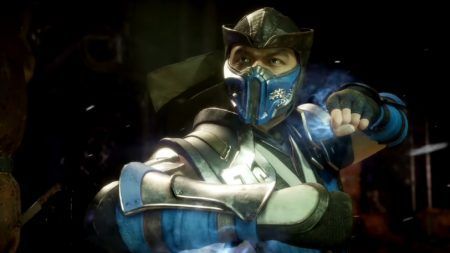 With the Mortal Kombat live-action remake in the works, director Simon McQuoid and producer James Wan have frozen their casting choice by selecting Joe Taslim to play the iconic glacial ninja Sub-Zero.

Taslim first came into the spotlight with the martial-arts action film, The Raid. The Indonesian actor would then go on to take roles in more Western films such as Fast & Furious 6 and Star Trek: Beyond. With a deep background in martial arts and professional judo, Taslim has the chops to bring the Lin Kuei leader to the silver screen.

While Taslim is the first to be named, expect plenty more news to trickle out over the next few weeks. Not much is known about the rebooted MK movie for now, but an alleged cast leak back in 2018 showcased a few familiar names in the MK universe.

Sonya Blade, Kano, and Raiden were named, but the movie’s scriptwriter Greg Russo tells fans that the cast list is actually from an older script. Given that it’s an MK movie, there definitely will be fan favorite names showing up for sure.

The remake has no release date yet, but the initial pre-production with Warner Bros. has already begun in South Australia.

READ ALSO: Mortal Kombat is getting a live-action reboot