Test your Microsoft Office skills in the 2019 MOS World Championship 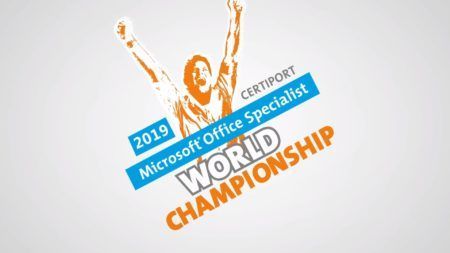 If you know your way through optimizing computer documents, you can now go pro with the Microsoft Office Specialist World Championship.

Presented by Certiport, The MOSWC is a worldwide competition that puts your skills in Word, Excel, and PowerPoint to the test. The championship gives students from various countries the chance to compete after an official examination.

The official MOS examination tests its competitors in the 2013 and 2016 versions of Microsoft Office. With six exams in total, you only need to pass one to be automatically selected for the 2019 MOS World Championship in New York.

Although it may seem like a hokey educational stint by Microsoft and Certiport, the previous championship saw incredible participation numbers. MOSWC 2018 had around 740,000 students from 116 countries compete while the final round of the competition hosted 152 students.

Not only do you get to hang with other Office aficionados, but the champions do get some prize money in the end.

With three programs and two versions of each program, Certiport will hand out cash prizes to 18 outstanding students. Third place gets USD$1,500, a winner’s certificate, and a medal of achievement while second place gets a bit more with USD$3,500. Last, but not least, being first gets you USD$7,000, a trophy, and goodies from Microsoft.

The 2019 MOS World Championship will happen in New York, from July 28-31. For more information, you can check out their official website here.

READ MORE: Evo 2019’s entrant numbers are in and Smash Bros. Ultimate is the clear winner