The legendary Sony boss has left the building. 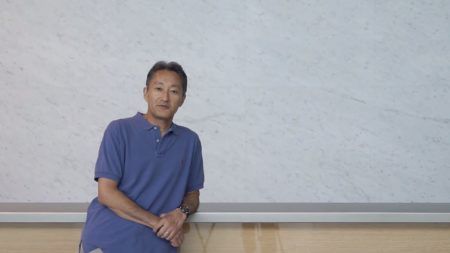 PlayStation boss Kazuo Hirai has finally retired from Sony. Although he announced his resignation during March of this year, his official last day was on June 18.

Hirai has been a Sony employee for quite some time now. Starting in Sony Music in 1984 and moving to Sony Computer Entertainment (now Sony Interactive Entertainment) in 1995, he was then promoted to CEO of the entire company in 2012.

With his high-profile promotion, Hirai’s vision for the company was a simple one. He wanted to ensure Sony continued “to be a company that provides customers with “, a Japanese word that means to move someone emotionally, inspires and fulfills their curiosity.

And Sony has delivered that with PlayStation hits such as The Last of Us and God of War.

Hirai was a breath of fresh air to the tech conglomerate. Donning the usual polo t-shirt and jeans and blasting American pop music around the office, he was able to give Sony a more fun-loving and emotive atmosphere, uprooting years of faction-based work culture to be replaced with Hirai’s vision of .

Sony’s new boss is Kenichiro Yoshida, the former CFO, who had taken over the role of CEO in April last year. Hirai then moved to the Chairman role to help with the transition but has stepped down from that position as part of his retirement. Hirai has praised Yoshida as the perfect successor to him and his work.

“[Yoshida] possesses the breadth of experience and perspective, as well as the unwavering leadership qualities required to manage Sony’s diverse array of businesses,’ said Hirai in an official press release.

Although he has halted his official career at Sony, the retiree may still take part in the Japanese corporation as a senior advisor that will provide “counsel” if requested by Sony’s management team.

With his schedule freed up, Hirai is aiming to spend some time with his family in his California home.

READ MORE: Sony and Microsoft partner up in cloud-gaming