Taking the next big leap in immersive gaming. 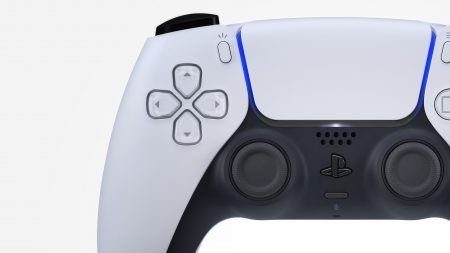 While we are still in the dark about how the next-generation PlayStation 5 will look, Sony has revealed the new wireless controller that will come with it.

Named DualSense, the new controller is designed to elevate the PlayStation gaming experience by engaging more of every player’s senses as they play.

“DualSense marks a radical departure from our previous controller offerings and captures just how strongly we feel about making a generational leap with PS5,” said Jim Ryan, President and CEO of Sony Interactive Entertainment.

“The new controller, along with the many innovative features in PS5, will be transformative for games – continuing our mission at PlayStation to push the boundaries of play, now and in the future.”

DualSense keeps many of the features that made DualShock 4 a massive success for the PS4, while presenting a refined design with new functions. The central TouchPad is still there, for example, as is the familiar PlayStation button layout. The Share button was also updated, although information about its functionality is still limited.

These are the new functions that gamers can expect from the PS5’s new controller:

What seems to be missing from Sony’s DualSense reveal is any mention of dedicated back buttons, which many gamers are anticipating after the manufacturer was awarded a patent for a new controller design in late December 2019.

In terms of aesthetic design, DualSense is visibly larger than previous Sony controllers.

Owners of the current and previous PlayStation generations will notice a different angle to the hand triggers as well as a subtle tweak in the controller’s basic grip. The face buttons are also noticeably more rounded than in previous designs.

A new two-toned color scheme is now standard on the new DualSense controllers, replacing the solid base colors of previous default PlayStation gamepads. The sleek look is accentuated by the new placement of the light bars, now located on each side of the TouchPad instead of above it.

For charging, the DualSense controller will use USB-C. Sony has yet to comment on how long the gamepads will last on a single charge, only mentioning that they “took thoughtful consideration into ways to maintain a strong battery [while lessening] the weight of the controller”.

Sony added that DualSense controllers are already on their way to partner developers to give them time to incorporate the new features into their games.

The Sony PlayStation 5 is scheduled to launch around the 2020 holiday season.