Riot is redesigning some champions for League of Legends: Wild Rift

That global Lux ult is a game-changer. 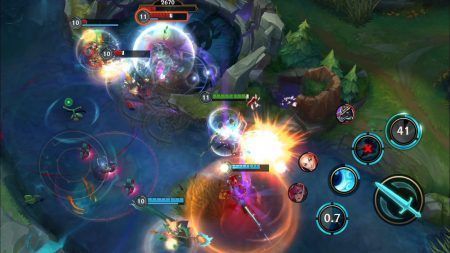 Riot Games’ has released a development update for its upcoming mobile MOBA, League of Legends: Wild Rift, which details some of the differences between the mobile title and LoL on PC.

Led by Design Lead Brian “Riot Feralpony” Feeney, the almost three-minute update revealed that while the developers plan on retaining the build and design of most champions, some will have different abilities that are better optimized for mobile play.

“We’ve adjusted elements of champions’ purely passive abilities into actives — keeping the feel of the champion intact, while also giving you more control and agency over how they play,” explained Riot Feralpony.

The latest pre-alpha footage from the dev video also showcased some wild, insane modifications such as Lux’s ultimate Final Spark on overdrive and Ashe’s second ability Volley throwing out 11 arrows from its original nine.