Riot will be implementing kernel driver anti-cheat systems for its upcoming games. 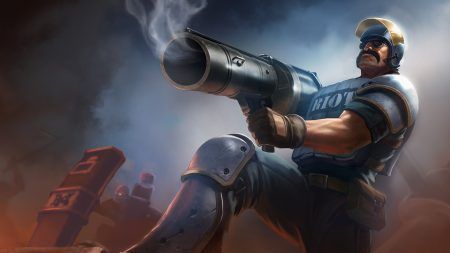 With a massive number of games coming out in the next few years, Riot has already started taking preemptive measures to deal with potential cheaters.

One particular game in the spotlight is Riot’s FPS game, Project A due to its inevitable issues with aimbotting.

In a recent blogpost, anti-cheat engineer Phil Koskinas did his best to explain the new anti-cheat system.

The Riot employee lays down the fact that future titles “will be protected by a kernel driver.”

The kernel is essentially the core of a computer’s operating system, with the highest priority level. Koskinas explained that under Riot’s current anti-cheat software, some cheat programs operate at a higher priority level than the League of Legends client, making them virtually undetectable.

“In the last few years, cheat developers have started to leverage vulnerabilities or corrupt Windows’ signing verification to run their applications (or portions of them) at the kernel level,” said Koskinas. “The problem here arises from the fact that code executing in kernel-mode can hook the very system calls we would rely on to retrieve our data, modifying the results to appear legitimate in a way we might have difficulty detecting.”

To put a stop to this, Riot’s future anti-cheat systems will use a kernel driver, which means nothing can ever out-prioritize them.

“The purpose of this upgrade is to monitor system state for integrity (so we can trust our data) and to make it harder for cheaters to tamper with our games (so you can’t blame aimbots for personal failure),” wrote Koskinas. “It will be significantly harder to create undetected cheats: protecting you from aimbots, protecting us from Reddit, and protecting cheaters from themselves.”

It’s worth noting that Riot is not the first developer to do this. EasyAntiCheat, which you’ll find in Fortnite and many other games, also uses kernel driver protection.