You don’t have to worry about tangled cables with these earbuds. 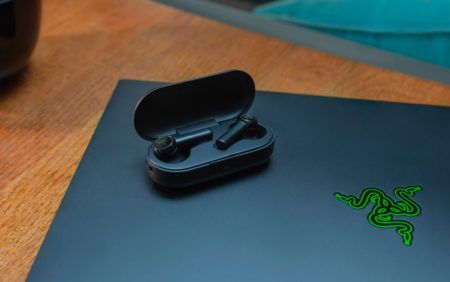 The Razer Hammerhead True Wireless features Bluetooth 5.0, and are designed to deliver immersive audio for games, movies, and music. Razer claims its earbuds will come without the “lag, stutter and desyncing” plaguing other Bluetooth devices.

Other specs include a 13mm driver and a 20-20kHz frequency response, three hour battery life, with up to four charges from the carry case. The headphones will also come with touch gestures that let you control music playback as well as answer calls. The earbuds will also feature voice assistant compatibility and are sweat or splash resistant.

Appearance wise, it seems to resemble Apple’s AirPods, with a similar small rod and earbud design. What’s different though is the prominent Razer logo at the sides. The Razer Hammerhead True Wireless will retail for US$100 from today.