The mouse has also been upgraded with a new sensor, optical switches, and a lightweight speedflex cable. 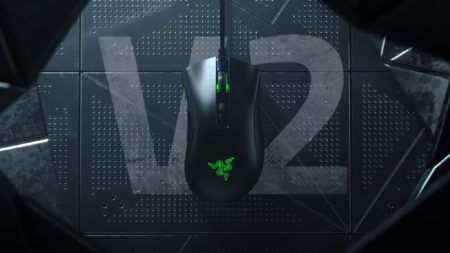 Razer has announced a new version of its legendary DeathAdder gaming mouse with an upgraded optical sensor, much lighter build, optical switches, and an improved Speedflex cable.

The DeathAdder has been around since 2006 — and despite the name, this is actually the 11th official version of the mouse — and is by far Razer’s most popular gaming mouse thanks to its comfortable ergonomic shape.

The shape on the V2 remains the same but the mouse has shed a considerable amount of weight, and now weighs in at a lean 82g, making it the lightest DeathAdder Razer has ever made. For comparison, the DeathAdder Elite weighs 105g.

The mouse is also armed with Razer’s exclusive Pixart PMW3399 sensor, which is an improved version of the already-excellent PMW3389. We first saw this sensor on the Razer Viper Elite.

The DeathAdder V2 is available now from Razer’s online store for S$110.