The new characters will switch up the current gameplay meta. 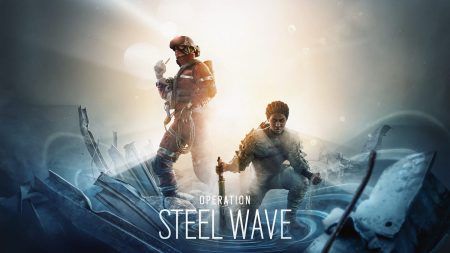 The new characters — Norweigian paramedic, Håvard “Ace” Håvard Haugland (Attacker), and Thandiwe “Melusi” Ndlovu (Defender), a wildlife conservationist from South Africa — continue the game’s efforts to drive diversity forward in video games. Each operator, as revealed in the trailer, will introduce their own unique play-style mechanics for the first-person shooter.

Aside from Ace’s role as a paramedic, the trailer also shows his experience with search and rescue missions that explain his dual role as both attacker and breacher.

As for Melusi, the teaser video revealed her ability to gather intelligence through echolocation and find the right opportunity to strike.

Ubisoft’s latest blog post about the two new operators shared how Ace can make an entrance through almost any barrier and also showed how Melusi can use her skills to intercept and slow down enemy units.

Further details on Operation Steel Wave will be shown during the Rainbow Six Siege Full Reveal Twitch livestream, which will air on May 18 12 p.m. EDT (May 19, 7 p.m. GMT+8). The stream will show what the two new operators can do, how they change the gameplay for Rainbow Six Siege, and everything else that the new operation will introduce.

Rainbow Six Siege is currently available on the Sony PlayStation 4, Microsoft Xbox One, and Steam.