A monumental achievement for a game that’s still in beta. 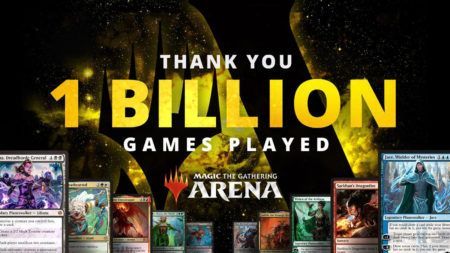 Magic: The Gathering (MTG) Arena has announced that a staggering 1 billion online games have now been played on the platform.

To celebrate, MTG Arena is giving all of its players one free booster pack. All you have to do is redeem the code “OneBillion” in game.

MTG Arena’s next expansion set, Modern Horizons, is set to release on June 14 and will feature 254 new cards and Planeswalkers.

READ ALSO: Hearthstone’s Rise of the Mech event will give you a free Legendary gold card