Make Disney a part of your world! 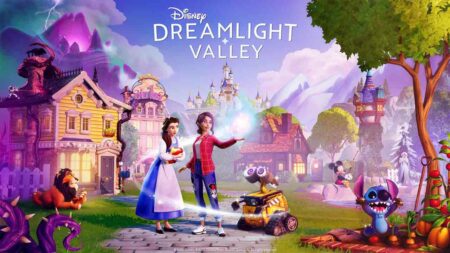 You can now immerse yourself in your favorite animated worlds with Disney Dreamlight Valley.

In this adventure game, players are welcomed as the newest resident of Dreamlight Valley, a community populated by Disney and Pixar’s iconic characters. After a supernatural event devastates the neighborhood, it is up to you to explore the Disney-themed Realms with your new friends and find ways to restore the magic of Dreamlight Valley.

Here’s everything you need to know about Disney Dreamlight Valley, including its story, featured characters, release date, and what platforms it can be played on.

What is Disney Dreamlight Valley all about?

Disney Dreamlight Valley is a free-to-play, life-simulation game developed by Gameloft. It features a cast of characters from the Disney and Pixar universe, similar to Square Enix’s hit RPG Kingdom Hearts.

Once a place where good and evil characters lived together in harmony, Dreamlight Valley fell into darkness with The Forgetting, a supernatural event that plagued the village with Night Thorns.

You enter the story as a new neighbor, ready to combat The Forgetting and find your place in the magical community. Dreamlight Valley delivers a sandbox experience with customization options for your character, their clothing, and the house that they live in. As the new person in town, you’ll also aid others in renovating and adding new furniture and landmarks to public spaces.

Players can explore numerous themed Realms such as a tropical island from Moana and a snowy mountain village from Frozen. Each world will feature Disney and Pixar heroes and villains with their own story arcs and quest lines.

You can also look out for NPCs that offer other types of fun activities. Familiar characters like Goofy and Remy will invite you to a fishing trip or a culinary lesson respectively. 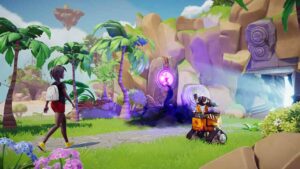 Dreamlight Valley has a star-studded cast hailing from Disney and Pixar’s filmography. Here is a list of films and characters that appear in the trailer and on the official website.

Dreamlight Valley will be in early access starting Summer 2022 for those who buy the Founder’s Pack or have an Xbox Game Pass subscription, and will follow with a free-to-play launch in 2023.

Platforms the game will be available on

The game will be available on Mac, Nintendo Switch, PC, PlayStation 4, PlayStation 5, Xbox One, and Xbox Series X/S.