Microsoft’s Project xCloud’s open public beta will begin in the US, UK, and South Korea soon

Games like Halo 5: Guardian and Gears of War 5 are in this public preview! 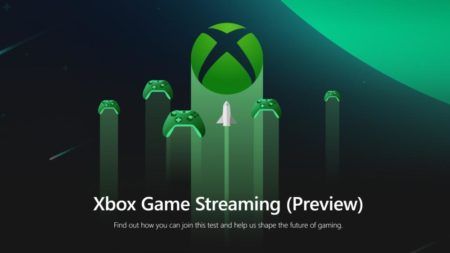 In just a few days, selected gamers in the United States, United Kingdom, and South Korea will be able to access the public beta for Microsoft Project xCloud.

The latest blog post from Kareem Choudhry, Microsoft’s corporate vice president, Project xCloud, confirmed that the invites for this public trial will be sent out from October onwards.

“We’re taking a phased approach to our public preview, starting with a small number of participants to get initial feedback, then opening it up to more and more gamers. If you didn’t receive an invite right away, there will be other opportunities as we’ll continue to open up more spots over time,” said Choudhry.

One other key detail that Choudhry shared is how the public beta for Microsoft Project xCloud will start with Halo 5: Guardian, Gears of War 5, Killer Instinct, and Sea of Thieves. While gamers don’t have to buy or own the game during this preview period, they must download the Microsoft Games Streaming app and sign-in.

In terms of requirements to participate in the Microsoft Project xCloud public beta, gamers must have an Android device that runs on Android 6.0 Marshmallow or higher, own a Microsoft account, and have a Bluetooth-enabled Xbox One Wireless Controller on-hand.

Microsoft has also confirmed that this public beta, which doesn’t have an end-date at the moment, will include other games in the near future.