Magic: The Gathering’s new War of the Spark expansion to make some big changes

War of the Spark is the next expansion set to release on April 25, expect the metagame to change. 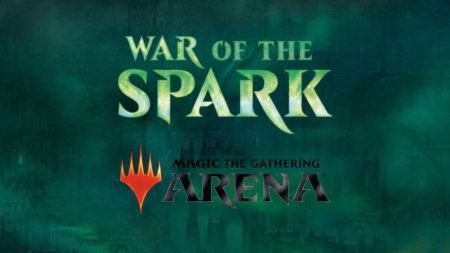 The upcoming War of the Spark expansion is going to change the metagame — but in a good lore-filled way.

Set for a release on April 25, the War of the Spark expansion will include a total of 36 Planeswalkers and they’re going to be made easier to acquire as there will be one included in each and every pack.

This seemed to have baffled players because, back in 2007 when Planeswalkers were introduced to the game, they were incredibly rare, so much so that when they established a higher tier rarity called Mythic Rare cards, Planeswalkers were immediately classified as such.

With them being easily accessible, the community is definitely excited to see how the next expansion unfolds.

If you’re not too familiar with Magic: The Gatherings’ current lore, the gist is that insanely powerful elder dragon Nicol Bolas has unleashed an undead army in Ravnica (the previous MTG expansion) as he works to gain more power and influence in the multiverse and it is up to a group of Planeswalkers (they’re the Heroes of MTG who can travel to different planes of existence, and kind of represents the thematic identities of the players) called the Gatewatch who have banded together to stop him at all costs.

With the new lore, Wizards of the Coast looks set to change up the metagame with an emphasis on Planeswalker play. The company has been building up to this massive climax with the whole multiverse going up against Nicol Bolas and his undying thirst for power. WotC has also been steadily releasing cards for a while now and it’s safe to say that the community are eagerly waiting to get their hands on the War of the Spark expansion.

Wizards of the Coast also dropped a trailer at PAX East last weekend for the expansion. Check it out below.