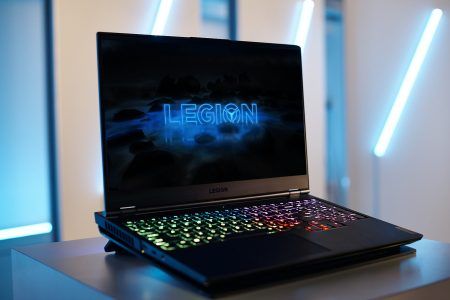 If you’re a gamer looking for an everyday machine, Lenovo’s latest lineup of machines will have you covered.

Sporting the latest 10th-generation Intel and AMD Ryzen processors, the latest Legion laptops and PCs are set to make a splash with features such as Coldfront 2.0 thermal management, TrueStrike Keyboard, better battery life, and displays that will support Dolby Vision and more.

Coldfront 2.0, as the name suggests, is Lenovo’s thermal cooling system that integrates hardware and software for better airflow and lower system temperatures. It uses heatsinks to keep the laptop running cool, and on certain laptop models, vapor chamber cooling to keep your laptop non-toasty.

The TrueStrike keyboard is Lenovo’s anti-ghosting, soft switches keyboard with full-sized keys and 16 million colors, as well as anti-oil coating for long term use.

Thirdly, the gaming laptops will partner Nvidia for the Advanced Optimus feature which dynamically switches between the integrated and discrete graphics for better frame rates and battery life.

All Legion laptops will also come with Dolby Vision high dynamic range support and can also feature panels with 240Hz refresh rates for gaming without tearing.

Here are the new machines:

This premium all-metal 15.6-inch gaming laptop features everything announced above, making this the ultimate machine in the Lenovo Legion lineup and weighs just 2.2kg. It also features a 2TB SSD, up to 32GB of DDR4 memory, Dolby Atmos, and most importantly, an Nvidia GeForce RTX 2080 Super GPU with Max-Q design.

Like the 7i, the 5Pi is a 15.6-inch gaming beast loaded with Nvidia’s RTX or GTX series, up to the RTX 2060. It also features all the new Legion features, such as Coldfront 2.0 and TrueStrike keyboard. While slightly heavier at 2.5kg, the 5Pi also comes with Dolby Atmos support from its Harman Kardon speakers. There’s also a 17-inch model if you want a bigger display.

As for the Legion 5i, this mainstream gaming laptop comes with Nvidia discrete graphics and support Dolby Atmos and Dolby Vision, and a lower price point compared with their more expensive brethren. The Legion 5 is the AMD Ryzen variant.

The Legion’s thinnest and lightest laptop, the Y40Si is just 1.7kg. But it’s also a hidden gaming beast when paired with the BoostStation eGPU to give you the performance you need. Despite the thin size, the laptop also comes with Legion Coldfront 2.0, Truestrike keyboard and Dolby Vision.

If gaming on the go isn’t what you’re looking for, the Tower 5i is a high-performance battle station that lets you customize just what you want inside, including the Nvidia GeForce RTX 2080 Super GPU. It will sport Coldfront 2.0 cooling and will also feature an AMD Ryzen model later this year.

IdeaPad Gaming 3i and IdeaCentre Gaming 5i

If you don’t want to commit to the more gaming centric Legion brand, Lenovo’s IdeaPad series also has a gaming notebook in the form of the 15.6-inch IdeaPad Gaming 3i. However, these laptop doesn’t come with the Coldfront 2.0 cooling system as well as the Truestrike keyboard. There’s also no Dolby Atmos or Dolby Vision capabilities.

Similarly, the Gaming 5i lacks the new Lenovo Legion gaming features, and can only support up to an NVIDIA GeForce RTX 2060 GPU. It will also support an AMD Ryzen version later this year.