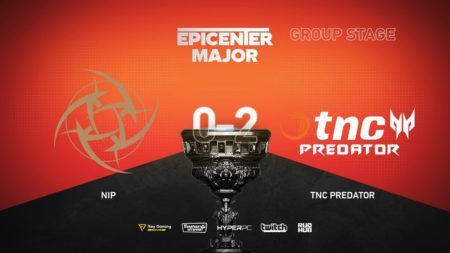 In this week’s In Case You Missed It: One Punch Man is getting his own fighting video game, Indonesian team, ONIC Esports captures gold at the MSC 2019 Mobile Legends: Bang Bang Southeast Asia Cup, a Nintendo Switch Mini console could be on the way, and TNC Predator upsets both OG and Ninjas in Pyjamas in the group stage of the Epicenter Major.

Bandai-Namco is making a One Punch Man video game

Your favorite One Punch Man characters, including Saitama, Genos, and err.. the cyclist for justice, Mumen Rider, will soon be making their way to the videogame world with Bandai-Namco’s upcoming One Punch Man: A Hero Nobody Knows.

Judging from the gameplay trailer, the game looks like it will be a faithful adaption of the shonen anime with an over the top 3D 3v3 fighting style.

ONIC Esports dominated throughout the tournament, beating both Burmese Ghouls and WAWA Gaming 4-0 in the group stages, and then making quick work of IDNS 2-0 in the Upper Bracket playoffs.

A Nintendo Switch Mini could be coming soon

Chinese gaming store, Honson, has accidentally leaked gaming accessories for what looks to be a mini version of the Nintendo Switch.

TNC Predator had one of the best performances in the group stages of the Epicenter Major.

The Filipino team fought their way out of Group D’s Group of Death, beating OG 2-1 in the opening matches, then defeating Ninjas in Pyjamas 2-0 in the winner’s match.

In the first round of the playoffs, TNC won a nailbiter of a match 2-1 against Royal Never Give Up, but then fell 1-2 to Vici Gaming in the second round. TNC now awaits the winner of PSG.LGD vs OG in the lower bracket, round four.