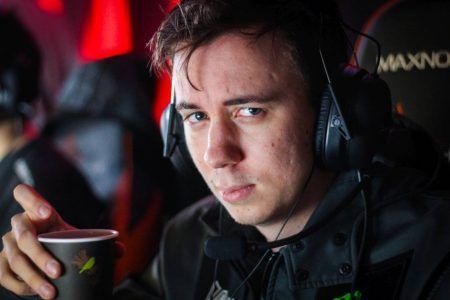 He will be taking over the offlane position.

s4 was part of the original Alliance roster that raised the Aegis of Champions back in The International 2013 (TI3). He cemented his place in the Dota history books with his legendary Million Dollar Dream Coil play in Alliance’s game five victory over Natus Vincere in the grand finals.

After nine weeks of action, the LCS Spring Split regular season has come to an end with Cloud9 sitting uncontested at the top of the leaderboard. The boys in blue looked dominant all season, going 17-1, with their only loss coming in week 7 to Team SoloMid.

Due to the LCS’s new seeding system, Cloud9 were allowed to choose between the number three or number four seed as their first opponent for the playoffs. Somewhat surprisingly, Cloud9 chose the third seed, 100 Thieves.

In a tightly-contested LEC Spring Split, G2 Esports emerged as the number one seed for the playoffs with a 15-3 record. Marcin “Jankos” Jankowski and Luka “Perkz” Perković have been standouts all season, and the 2019 Worlds finalists will be the favorites to take home the Spring title.

G2’s two biggest competitors in the playoffs will be Fnatic and Origen, who both finished in second place with 13-5 records.

Black^ tells ONE Esports why he left T1

After a disappointing stint with T1, Dominik “Black^” Reitmeier, decided to leave the team shortly after they failed to win the ONE Esports Dota 2 Jakarta Invitational Indonesia Regional Qualifier.

The German veteran has been mostly quiet on social media since then, but took the time to write a candid piece for ONE Esports to explain his thought process behind why he left the team, his musings on his career so far, his battle with cancer, and his hopes for the future. Read the full story here.