Google Stadia is now free for everyone

You’ll also get a free 2-month trial for Stadia Pro. 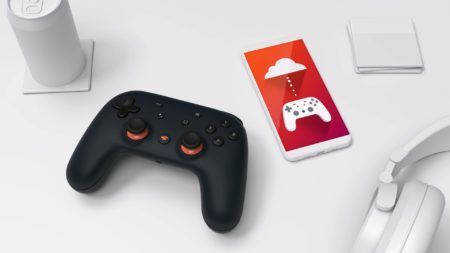 Google is making its Stadia cloud gaming platform available to anyone who has a Gmail account — free of charge.

The original US$129 entry bundle — inclusive of Chromecast Ultra unit, a wireless Stadia controller, and a three-month subscription to Stadia Pro — has been waived, giving gamers instant access to Stadia’s library of games.

Gamers who sign up now will get two free months of Stadia Pro and instant access to a collection of nine games, including Destiny 2, Thumper, and GRID.

New titles will be added in May, following Stadia’s regular content rotation. Additional titles are available for purchase in the Stadia store at any time though.

Players can use a standard mouse, keyboard, or any supported USB controller to play games.

After the two-month trial, the Stadia Pro service will charge US$10 per month. Users can cancel their subscription before the free period ends. They will still keep their basic access to Stadia services, as well as any games purchased during the first two months.

Google has struggled so far to generate a favorable response to Stadia since the platform launched in November 2019. But the popularity of video games has surged in recent months due to the COVID-19 crisis, giving Google a chance to expand its Stadia subscriber base while doing its part to help curb the outbreak.

“We’re facing some of the most challenging times in recent memory,” said Google Stadia VP Phil Harrison in a blog post.

“Keeping social distance is vital, but staying home for long periods can be difficult and feel isolating. Video games can be a valuable way to socialize with friends and family when you’re stuck at home.”

Stadia, however, is still limited to just 14 countries — all of which are in North America and Europe. Google has yet to announce whether they will expand the availability of the platform to other regions in time for this promotion.

READ MORE: Google will launch more than 120 games for Stadia in 2020