There’s even a burger bar with a robot chef! The newly-launched LVL complex will be the new home and official Berlin venue of the team.

It is located at Checkpoint Charlie and spans 2500m² across two floors, making it one of the largest esports complexes in Europe.

LVL boasts a noise-canceling dome that lets the audience get really close to the action. The sound-proof arena can seat 200 people.

The facility is also equipped with training rooms, a VR play area, private streaming booths, and even a burger bar with a robot chef. 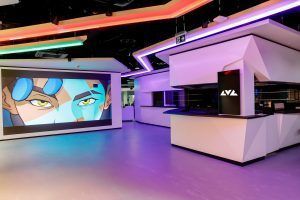 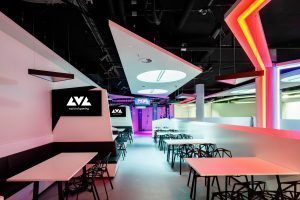 Aside from being G2’s new headquarters, LVL will also serve as “a hub for entertainment, collaboration, and connection,” according to Co-Founder and Managing Director of VERITAS Entertainment Dorian Gorr.

READ MORE: 5 of the world’s most over-the-top esports facilities