He will be remembered as a pioneer in the esports industry. 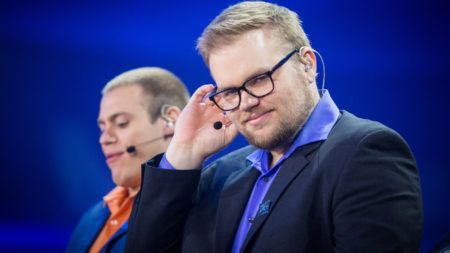 We’ve lost one of our own today.

Geoff “iNcontroL” Robinson has passed on “due to sudden illness” at the age of 33. The esports commentator, gaming personality, media coach and former Starcraft II player will be sorely missed by the gaming community.

Those who want to offer comfort to his family can donate to a charity Robinson loved,@SoCalBulldog, a non-profit rescue group in Southern California dedicated to the rescue, re-homing, and rehabilitation of homeless English Bulldogs.

Robinson was a prominent figure in the Starcraft II community as a player for Evil Geniuses dating all the way back to 2010. He then moved on to become an on-camera host, producer, consultant, and streamer.

Robinson also worked with Dan “Artosis” Stemkoski and Matt “CobraVe7nom7” Land on a weekly podcast called The Pylon Show, which they started back in early 2018.

Those who’ve been part of Robinson’s life have expressed their grief and condolences through social media, including his ex-wife Anna Prosser.