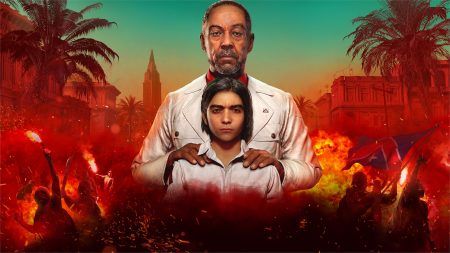 Ubisoft’s Far Cry franchise has always pushed the limit of what sandbox games can do with their gameplay and stories.

After the sandy beaches of Far Cry 3 and the greener pastures of Far Cry 5, Far Cry 6 now brings players to the fictitious Caribbean island of Yara where Anton Castillo, played by Breaking Bad actor Giancarlo Esposito, malevolently reigns as El Presidente with his son, Diego.

Despite Castillo’s vision of Yara being the ultimate paradise, his government ruling is only beneficial to him and Diego. With the people rising up to fight against the totalitarian El Presidente, you step in as Dani Rojas, a Yara born-and-bred guerilla fighter who’s ready to take his/her (depending on player’s choice) home back.

Though the premiere trailer didn’t reveal any gameplay, what we can say is that Ubisoft is diving deeper into storytelling. Unlike previous entries, Ubisoft has confirmed that the protagonist will be seen in the third person during cut scenes, providing a new kind of immersion to the game’s plot.