Evo is also partnering with Project HOPE on its COVID-19 relief efforts. 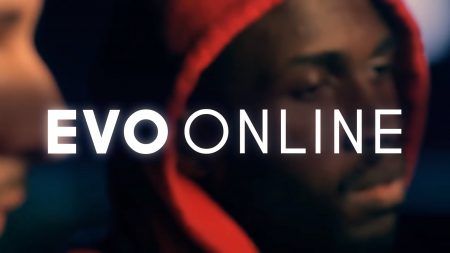 Evo has finally given more details about its upcoming online tournament, which is set to take place on succeeding weekends all throughout July 2020.

The Evo team announced on Twitter that registration for Evo Online is set to go live on June 5. Links will go up automatically and registrants will have access to them until June 28.

Participants from the US, Canada, Mexico, Japan, South Korea, and Europe will be able to enter for free in one or more of its available tournaments. These titles include Killer Instinct, Mortal Kombat 11: Aftermath, Skullgirls 2nd Encore, and Them’s Fightin’ Herds; while EVO’s popular fighting-game, Super Smash Bros. Ultimate is notably still absent from the lineup.

The event schedule has revealed that each game title will have two days of qualifiers running in July (starting with Them’s Fightin’ Herds), and will share mandatory check-in times and tournament openings. As the Championship Weekend and tournament’s conclusion is slated for July 31 to August 2, all games will hold their top 8 matches throughout the event.

Evo President, Joey “Mr Wizard” Cuellar stated that Evo Online will only have 3 different regions, explaining that, “Unfortunately, we can’t include many countries outside of these regions due to laws and regulations.”

Each region will have its own set of tournaments and will be staggered based on home time zones. Cuellar added that all tournaments will be region-locked and will be played on a specified platform:

Evo is also partnering with global health and relief organization, Project HOPE on its COVID-19 relief efforts, adding that “those who contribute US$25 or more will receive a commemorative Evo Online badge and lanyard.”

The Evo Championship Series is one of the top events in the world of esports. It is supposed to be held annually and features the most popular fighting-game titles in the genre. However, as the world continues to struggle through the COVID-19 pandemic, large tournaments — such as Evo 2020 — had to be postponed or canceled, in favor of a transition to online formats.