Crysis Remastered is coming to the PC, PS4, Xbox One, and Switch

The ‘But can it run Crysis?’ meme is about to make a huge comeback. 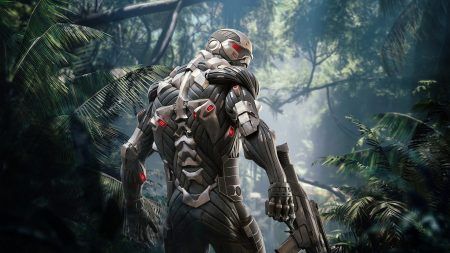 Legendary GPU benchmark tool, and also pretty decent first-person shooter, Crysis, will be coming back to modern video game platforms with a new remastered edition for Windows PC, Sony PlayStation 4, Xbox One, and yes, even the Nintendo Switch.

Originally released in 2007 for the PC, Crysis was a critical success for its innovative gameplay, stunning graphics, and thrilling sci-fi narrative.

However, Crysis also quickly gained notoriety among the gaming community for its steep hardware requirements, which were needed to render the game’s spectacular visuals. The game’s CryEngine was so demanding, it created one of gaming’s best meme’s — “but can it run Crysis?” — a joke typically made at the expense of even the most powerful PC builds and components.

It will be interesting to see how the game’s remastered graphics will be ported to Nintendo Switch, which is fairly low-powered when compared to the PS4, Xbox One, and gaming PCs.

Regardless, it’s always good news when the current generation of gamers is given a chance to experience the classics.

Buzz about Crysis Remastered first made the rounds online when the game’s website leaked raw versions of its intended promotional copy:

Crytek, the development team behind the game, soon made the news official on their website and on social media:

Electronic Arts, the original publisher of the game, has been noticeably absent in the early promotions so far, hinting that the company may not be involved with the project.

There is no official launch date for Crysis Remastered as of writing. But with the events of the game set during August 2020, maybe there’s reason to hope for the game to be released around that time.