Check out the ‘Kakashi’ sneaker from the Naruto x Adidas collaboration

The perfect sneaker for practicing your Naruto Run. 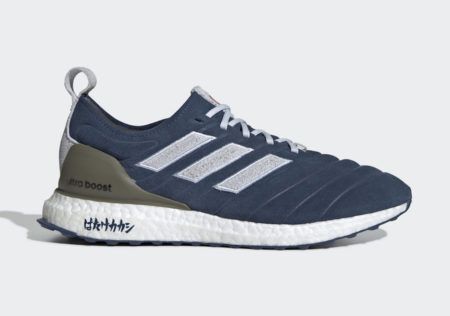 The newest addition to the Naruto Shippuden x Adidas collaboration has been leaked.

Using the COPA ultraboost design, the sneaker is subtle in its approach to adapting Kakashi’s look.

The colorway of the shoe perfectly mimics the olive and navy blue shades of Kakashi’s jonin outfit while the silver and gray accents nicely resemble the sensei’s hair.

The heel of the shoe also has Kakashi’s name written in Hiragana, while the tongue features a red Mangekyou Sharingan in reference to his title as “Kakashi of the Sharingan”. At the base of the tongue, there is also a small metal plate with the Leaf village symbol, resembling Kakashi’s headband. 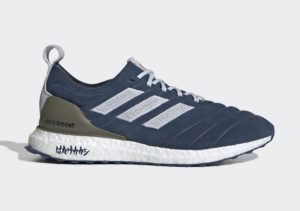 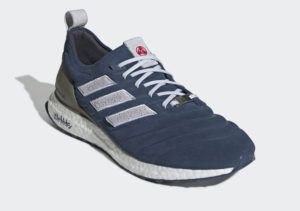 This isn’t the first time that Adidas has partnered up with an anime brand. Last year, the sportswear company teamed up with Dragon Ball Z and released limited-edition sneakers, featuring iconic characters like Goku and Frieza.