“The official beer of esports?” Let’s drink to that. 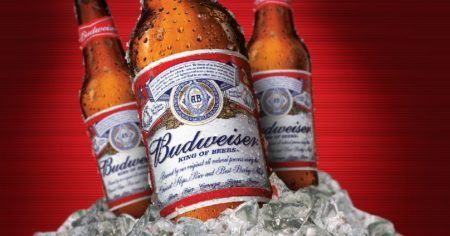 The rapid growth of the esports industry in recent years has been hard to ignore and the world’s most recognizable consumer brands are taking notice.

Budweiser, for one, has filed for a trademark for the distinction of being called “the official beer of esports” through its parent company Anheuser Busch.

The move is understandable, given how players and gaming communities have been growing by the thousands around the world. High-profile tournaments and dedicated esports stadiums are popping up all over the place. Even major broadcasters are starting to compete with ubiquitous and highly accessible video game live streaming platforms like Twitch.

So it makes a lot of sense for Budweiser to apply for the trademark, seeing as how the company has already signed on as a major sponsor for the Overwatch League in April. The broader trademark claim suggests that the brewery recognizes even more promising opportunities in the expansive and diverse world of esports.

In other recent news, the Hershey Company is also exploring avenues into advertising through esports, Business Insider reports.

The move is in line with the popular chocolate brand’s efforts to reach a target audience they likely miss through more traditional means of advertising. Recognizing the remarkable influence of streaming websites like Twitch and YouTube, the Hershey’s brand aims to expand its visibility to millennial and Generation Z males under age 25.

Brands have a variety of advertising options through esports, including major event sponsorhips, partnerships with gaming community influencers, and direct advertising on streaming sites.

With the seemingly unstoppable growth of the esports industry, players and pundits can only wait and see which other mainstream brands will tap the lucrative market that the global gaming community presents.