One will be available on iOS and Android, while the other will be a PlayStation 4 exclusive. 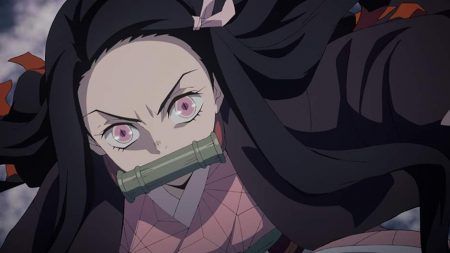 Japanese manga Weekly Shonen Jump just revealed that one of 2019’s most popular animated series, Demon Slayer: Kimetsu no Yaiba, is slated for not one but two video game adaptations.

Dropping sometime this year, Kimetsu no Yaiba: Keppu Kengeki Royale is a mobile battle-royale game featuring the anime’s awesome characters. Two teams of demons and demon slayers will be pitted against each other, just like in the manga and the series.

The Demon Slayer battle-royale game will be available on iOS and Android smartphones later this 2020.

Aside from the mobile game, a PlayStation 4 game has also been confirmed for the franchise.

It will let fans play as the protagonist Tanjiro Kamado, who’s on a quest to help cure the illness of her younger sister Nezuko Kamado. The Demon Slayer PS4 game will be titled Kimetsu no Yaiba: Hinokami Kepputan and will come out in 2021.

Demon Slayer: Kimetsu no Yaiba is an animated series released by Ufotable late last year. It became wildly popular worldwide, even gaining recognition by the 2019 Newtype Anime as the Best TV Anime and 2020 Crunchyroll Anime Awards as the Anime of the Year.

READ MORE: One Punch Man just got his own fighting game