All you need to know about Nintendo’s surprise Direct Mini

Lots of goodness coming to Animal Crossing next month! 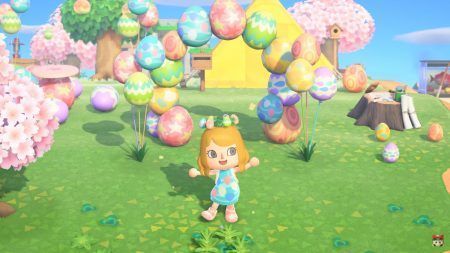 Japanese gaming company Nintendo surprised fans with a short live presentation of its upcoming games last Thursday, March 26. In the 25-minute Direct Mini, Nintendo gave their fans a concise preview of what to expect from Nintendo Switch titles for the rest of the year.

Here’s a roundup of all the exciting announcements.

The first few minutes of the Direct kicked off with some role-playing game action from Xenoblade Chronicles Definitive Edition. The ultimate version of Monolith Soft’s open-world title is slated to launch on May 29.

Some of our beloved 2K series will be ported to the Switch, too. These include BioShock: The Collection and the XCom 2 Collection. Nintendo also teased an upcoming Borderlands Legendary Collection, but this pack will not included the latest title in the series, Borderlands 3.

During the event, Marvel dropped an action-packed trailer for Pack 3 of its Expansion Pass for Ultimate Alliance 3: The Black Order. The new pack, which is entitled Shadow of Doom, features the superhero team Fantastic Four and their arch-nemesis Doctor Doom.

Pack 3 is now available for US$20, with the two previously launched DLC Expansions Curse of the Vampire and Rise of the Phoenix included.

In this version 1.1.0 update, a yellow bunny named Zipper will visit players, inviting them to go on a massive egg hunt across the island. Collected eggs can be crafted for special furniture and items.

After Bunny Day, another limited-time event is scheduled for the game. The new update will coincide with global Earth Day festivities.

The exercise-driven Ring Fit Adventure dropped an update as well, introducing a new rhythm game mode for its players. The new game mode will have players moving along to the beat of the game’s music tracks, as well as a few more from other beloved Nintendo games.

Also new to the game are a female voice option and an option to change the in-game voice track.

The Isle of Armor features a new dojo where trainers can earn the legendary fighting-type monster Kubfu. With Kubfu, trainers can challenge the Towers of Two Fists. When successful, Kubfu will evolve into the menacing Urshifu, which will ask trainers to choose between either his distinct Single Strike Style (suitable for finishing the Tower of Darkness) and Rapid Strike Style (ideal for completing the Tower of Water).

As the Volume 2 Fighters Pass for Super Smash Bros. Ultimate approaches its release date, Nintendo revealed that the fighting game’s next mystery fighter will come from one of the Switch’s earlier titles — ARMS. The fighter will be available sometime this June.

Bravely Default II will launch later this year. For now, fans can enjoy a demo of the game available in the Nintendo eShop.

Below is a full list of launch dates for the games announced in the Nintendo Direct Mini. Some titles were already fully downloadable right after the event.

Other titles expected to drop later this spring include The Elder Scrolls: Blades, Burnout Paradise Remastered, and Minecraft Dungeons.

Rhythm title Fuser has been confirmed for a fall release, while the launch dates of titles King’s Bounty II, Bravely Default II, and Star Wars Racer are yet to be revealed.

Because of the COVID-19 pandemic, release dates and other information revealed in this Direct may still be subject to change.

READ MORE: Everything you missed in the first Pokémon Direct for 2020