Here are all the critical points to watch out for in this new trailer. 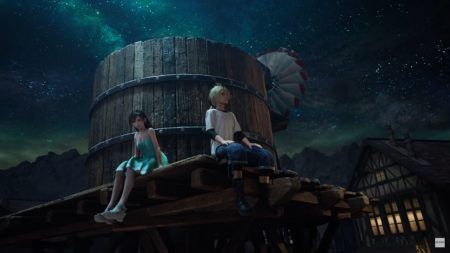 Clocking in at almost four minutes long, this trailer is filled with “blink-and-you’ll-miss-it” moments, with most working overtime to revive the excitement of long-time fans. Of course, they’re also getting the new generation of gamers hyped up for the upcoming release.

There are plenty of eye-candy and nostalgic “wow” moments in the trailer. While some are prominently featured — like Cloud’s drag makeover; a more defined role for new character, Roche; and Red XIII’s introduction — there are just as many split-second blips.

Besides revealing new footage from the game — with the caveat that the scenes are mostly development footage that is still subjected to change — the trailer introduced the game’s new ending theme song, Hollow.

Uematsu and Nojima have worked together on numerous Final Fantasy games, including FFVII and its expansive spinoffs — Advent Children and Crisis Core — as well as the Kingdom Hearts series. Notably, Nojima penned the lyrics for FFVIII’s “Liberi Fatali” and both “Suteki da Ne” and “Hymn of the Fayth” from FFX.

This familiar scene will bring shivers down the viewer’s spine as it is the moment Sephiroth makes his ascension and reveals the true nature of his mother, Jenova.

The new trailer teased her in two spots — revealing the exoskeleton visual and having Jenova appear in a major boss fight. It’s technically earlier than the original game so perhaps there is a change to the narrative.

The full Shinra Board of Directors revealed

Shinra Board members Reeve Tuesti and Heideggar are shown arguing in front of President Shinra, while Scarlett, Palmer, and Hojo each get a scene.

This confirms that the entire leadership for Shinra, minus Vice President Rufus Shinra (who will likely appear before the motorway escape scene) are confirmed to be in the upcoming release. Hojo appearing early on and driving the plot also confirms the narrative is not 100% true to the original game.

Going by how the party reacts, the One-Winged Angel is not just some hallucination in Cloud’s head. All of them can see and react to the silver-haired 1st Class Soldier’s appearance in the flesh.

Heli Gunner appears during the tragic destruction of Sector 7

Instead of being one of the stage bosses during the “Escape from Shinra HQ” sequence, the Heli Gunner seems to be one of the final bosses for this remake. Hundred Gunner also makes a quick appearance in this trailer.

Now, these are truly split-second teasers. Where an earlier trailer revealed Shiva and Ifrit, two other Summons have been confirmed — Leviathan and Chocobo/Mog. Both were only accessible in the original game after Cloud leaves Midgar for the first time.

The dialogue for the characters would certainly be updated to fit the richer narrative that is now being used. In one of the battle sequences in the new trailer, Barrett quips how “AVALANCHE ain’t Wutai or anybody’s puppet!” Wutai, as fans will recall, is the village for FFVII’s resident ninja, Yuffie.

Final Fantasy VII Remake is scheduled for an April 10, 2020 release. The game will be available exclusively for the Sony PlayStation 4 until 2021.