Esports racing is picking up speed. 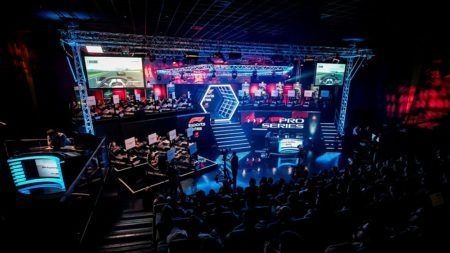 The 2019 Formula 1 New Balance Esports Series Pro Draft qualifier has seen 109,000 gamers signing up, a milestone for the virtual racing franchise, as that’s a 65% jump compared with last year.

However, only 42 of the thousands who signed up made the cut for this esports racing competition. 30 of those prospective drivers earned their spot by scoring the fastest lap-times in F1 2018 during the online qualifying rounds.

The remaining 12 came from two different processes. The first six qualified through the invite-only DHL 50 Fastest racing event. As for the final six, they had previously competed in last year’s F1 Esports Series.

All 42 drivers will be doing race-offs a day before — July 16 2019 — to allow the teams to make their driver picks. Only 30 will reach this selection stage, as the 12 slowest drivers will be removed from the final pool.

The teams, with their confirmed drivers, will then compete for the championship at the Pro Series. This event will consist of 12 races that run over four live-events between September and December 2019.

Those keen on tuning in and follow the F1 New Balance Esports Series Pro Draft can follow the  here. There will be live TV broadcasts too via network partners.