How Free Fire became the world’s most popular battlegrounds game 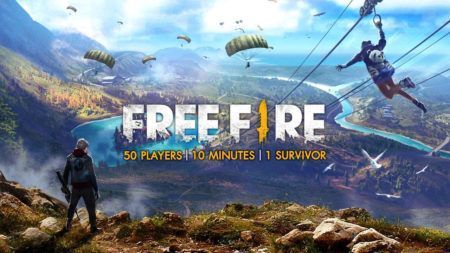 The world’s most popular battlegrounds game isn’t Apex Legends with its 50 million registered users or PUBG, which also has 50 million users.

And it isn’t Fortnite either, even with its massive 250 million user base. Instead, the world’s most popular battlegrounds game is on mobile, and it has more registered users than Fortnite and PUBG combined.

Garena’s Free Fire has just surpassed 450 million registered users and is showing no signs of slowing down, racking up a massive US$90 million in revenue and 73 million new users in Q1 alone this year.

Mobile gaming is a tough arena to compete in. With over 2.3 billion gamers worldwide and US$137.9 billion in revenue up for grabs (which accounts for over 50% of the entire gaming industry) everyone wants a piece of the pie.

Fortnite and PUBG both have mobile versions (PUBG Mobile is Free Fire’s closest competitor with around 200 million users) but neither is even close to the success of Free Fire. So how did Free Fire, a game developed by a Singapore-based company that has never even made a game before, manage to overtake these giants?

While Free Fire is developer Garena’s first game, it isn’t the developer’s first time at the rodeo. Garena has been around for over a decade as a gaming platform and publisher of PC and mobile games in Southeast Asia. In other words: Garena knows its audience, and it knows how to make a game for them.

The main reason Free Fire has been so successful, particularly in regions like Southeast Asia, India, and Latin America is because, unlike PUBG and Fortnite, Free Fire was built and optimized specifically for mobile.

It’s no secret that billions of gamers in these regions don’t own consoles or PCs, and prefer mobile gaming. Furthermore, their phones may not be the latest flagship iPhones or Android devices, so Free Fire is built with this in mind.

It will run on almost any mobile device that has 1GB RAM. On the other hand, PUBG Mobile requires 2GB, while Fortnite needs 3GB. It’s lightweight too, requiring just 1GB storage space. For comparison, PUBG Mobile needs 1.5GB and Fortnite, 2GB.

The gameplay itself is designed for a better mobile experience too. Games are shorter, with lobbies of just 50 people instead of the usual 100, and a smaller playing area forces quicker engagements and plenty of action. Games have a set time limit of 10 minutes too (after which the forcefield covers the entire playing area), although thanks to the small maps, games rarely last the full duration.

The core game mechanics don’t differ too much from other battleground games. Each player starts by parachuting onto the battlefield, and then scatters in search of loot. A forcefield restricts the playing area every few minutes, forcing you to move inside it or die. Your aim is to eliminate the other 49 players, with the last man standing crowned as the winner.

The controls are set up for simplified mobile play too. On the left side of the screen, there’s a virtual D-Pad for moving your character, while on the right, there are buttons to shoot, crouch, lay prone, and jump. When you find a weapon, crate, vehicle, or door, an interact button pops up onscreen. There’s also a map in the upper left corner you can tap to zoom into, and an inventory button in the top right you can use to swap weapons.

One area where Free Fire separates itself from every other mobile battlegrounds game is its unique cast of characters.

Instead of playing as some nameless guy or girl, or buying a skin that has no impact on the gameplay, you can play as one of the game’s 15 heroes, all of which come with their own unique gameplay-altering perk. Each hero can be unlocked with in-game currency or real money.

While the hero perks don’t change the gameplay that drastically, they do add a nice additional layer of strategy to think about. Preppy school girl, Caroline, for example moves faster when holding a shotgun, while tastefully-dressed Samurai, Hayato, gains higher armor penetration as his HP drops lower.

You can use their perks for advanced gameplay, such as deliberately avoiding using healing items and staying at low health to increase Hayato’s damage output.

The other key to Free Fire’s success is how well Garena understands the importance of community. Even with Free Fire’s massive user base, Garena knows how to make its players feel special. It does this by creating unique local content for specific regions.

For example, in Thailand, Thai gamers can log in during Songkran for special Songkran-themed events and loot, while gamers in Brazil can enjoy Carnival content. This extra level of dedication really resonates with Free Fire gamers and keeps them logging in every day.

Finally, Garena knows that for a game to keep growing it needs a healthy competitive scene. Free Fire’s fast-paced gameplay and short, high-intensity rounds are perfectly suited to esports and make for a thrilling spectator sport.

PUBG in comparison can be fairly slow, and often feels more like a walking simulator than an FPS, while Fortnite’s complicated building mechanics can be off-putting to casual viewers unfamiliar with the game.

Garena’s efforts to push Free Fire as an esport culminated in the first-ever Free Fire World Cup last month. Twelve teams from across the world flew to Bangkok to compete for US$100,000 prize money. Each team was the champion of its own regional tournament, with nearly 15,000 other teams eliminated along the way.

In the end, two Indonesian teams battled in the finals, EVOS Capital and SFI Zet Hades, with EVOS Capital eventually walking away as the first-ever Free Fire World Champion.

The event had 270,000 people in attendance and over 27 million watching online. It also holds the record for the most concurrent viewers on YouTube with over 1.1 million people from around the world tuning in for the finals. That makes it more popular than the Overwatch League Grand Finals.

So what’s next for Free Fire? Garena has plans to “continue enhancing the game and building even stronger communities globally,” said Harold Teo, Free Fire’s producer at Garena.

“We’re also looking to build on the Free Fire World Cup’s success and to bring the same premium mobile battle royale experience to more gamers all over the world,” he added.