The Brazilian team pulled out the victory in front of their hometown fans. 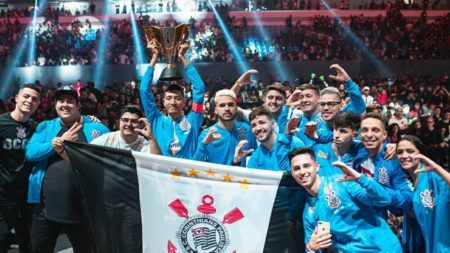 Brazil’s own Corinthians won the Free Fire World Series 2019 over the weekend. The home team impressed their fans at the packed Barra Olympic Park in Rio de Janerio.

Corinthians cemented their first-place finish by overtaking Sbornaya CHR during the last round of the tournament with a “Booyah!” win.

Here’s how the teams ranked after all rounds were played:

Corinthians won a total of US$200,000 for their first-place finish at the World Series 2019, while Sbornaya CHR earned US$80,000 as the tournament’s runner-up. Illuminate took the third-place spot and pocketed US40,000.

Corinthians’ Bruno “Nobru” Goes was awarded the MVP title after the finals and received an additional US$22,000 to go with the team’s first-place earnings.

You can watch the entire event here: