Teaming up in solo matches? That’s an epic no no. 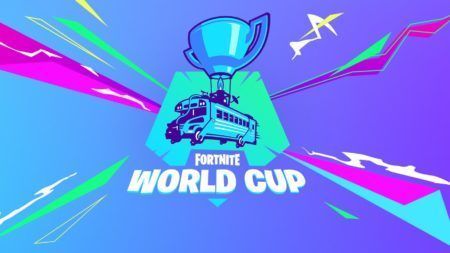 Two players have been accused of teaming up during a Fortnite World Cup solo qualifier match. Streamer Phillip “Philldown” Le was able to catch their cunningly cooperative behavior on stream.

The two culprits, identified as Oro and Yermpy, are seen working together against Philldown. In the first Twitch replay clip (Warning: NSFW language), he breaks down their peculiar interactions.

With the second clip, we see things more clearly from Yermpy’s perspective. As he lands, he catches both Philldown and Oro gliding right behind him. Interestingly enough, he only aims and attacks at Philldown while letting Oro safely land. Even with Oro’s back vulnerable, Yermpy takes no shots at him.

Despite their collusion, the two failed to qualify for the Fornite World Cup.

This isn’t the first time a player has been caught cheating in the Fortnite World Cup. Damien “XXiF” Cook was also accused of teaming up with other players to score easy kills, and was disqualified from the World Cup Finals and given a 14 day competitive ban as a result.

As for Oro and Yermpy, Epic has yet to release a statement on the situation, but with the developer cracking down on similar cheating cases, we hope to see the two served with a short but justified 14-day ban.

The Fortnite World Cup will continue this weekend on May 18 to 19 with a Duos qualifier.