The Floating Island returns to Fortnite in the v10.20 content update

Kevin the Cube is back! 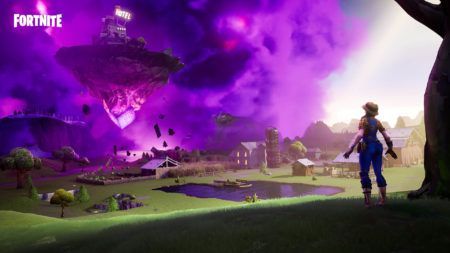 A content update for v10.20 of Fortnite: Battle Royale sees the return of familiar locations in the Floating Island and the Motel to the map, as well as the addition of the all-new Zapper Trap.

In keeping with Fortnite Season 10’s theme of old points of interests returning with a twist, the Floating Island from Season 6 has been brought back with the old motel that preceded the Block situated on top of it.

The Floating Island will slowly roam around the map as it did in the past, and can be accessed through its low-gravity vortex.

The traps take a second to trigger after being deployed, shocking players for 50 damage a tile away when they do. It will take two seconds before a trap can be triggered again.

The Zapper Traps drop in stacks of two from Floor Loot, Chests, Vending Machines, Supply Drops, and Llamas, but players can only carry up to four at a time.

The content update will also have previous hotfixes to Turbo Building and the B.R.U.T.E.’s Air Stomp implemented. You can check out Epic Games’ blog for the full patch notes.