Prince Harry is not a Fortnite fan and wants it banned 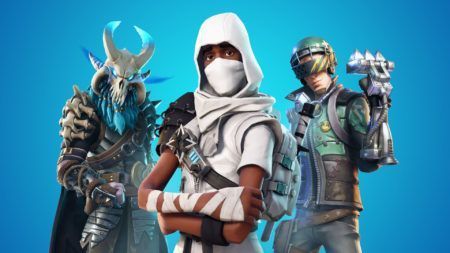 At a YMCA event in London yesterday, Prince Harry spoke out against the game, stating that it was “designed to addict” and was “irresponsible”, reported the BBC.

“That game shouldn’t be allowed. Where is the benefit of having it in your household?” said Prince Harry.

The Prince also wasn’t a fan of social media, adding that it was “more addictive than alcohol and drugs”.

Fortnite ranks as one of the most popular games in the world, with over 250 million players worldwide. The median time played each day is six to ten hours, while the total global Fortnite playing time May-June last year was a whopping 2.7 billion hours according to this report.

Does this mean, though, that Prince Harry is right and Fortnite should be banned? The World Health Organization has officially recognized “gaming disorder” as a legitimate medical condition, though experts who supported the decision added that most gamers wouldn’t encounter anything close to addiction.

As with every activity or hobby, things should be done in moderation, and if you think you may have an issue with spending too much time gaming, do seek professional help.