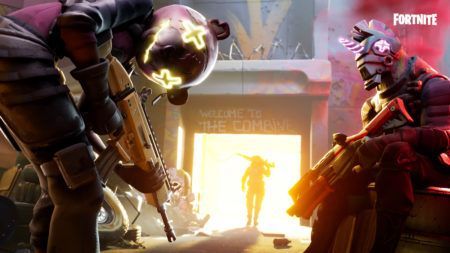 In the upcoming v10.40 update, target snapping (aka “left trigger spam”), will be removed because Epic “no longer feels it’s necessary.”

Instead, there will be a new aim assist system that calculates targets according to their screen space, which means aim assist will now prioritize targets closer to the player. Crosshairs have also been improved and will turn red while pointed at an enemy that is within effective range.

In the past, some controller players have abused the aim-down-sights (ADS) mechanic by spamming Left-Trigger or L2 to get their crosshair to instantly lock-on to the enemy player:

The v10.40 update will also include a new mode called The Combine.

The mode is essentially a target practice gauntlet that will let players race through as they try to eliminate all the targets as fast as possible.

Players will be able to fine-tune and adjust their settings, warm-up their aim before a match, or compete for the fastest time on the leaderboard with friends or other players.

While no release date has been announced yet, with Season 11 fast approaching, the v10.40 update is expected to drop soon.

READ MORE: Fortnite is getting improved matchmaking logic and bots for new players